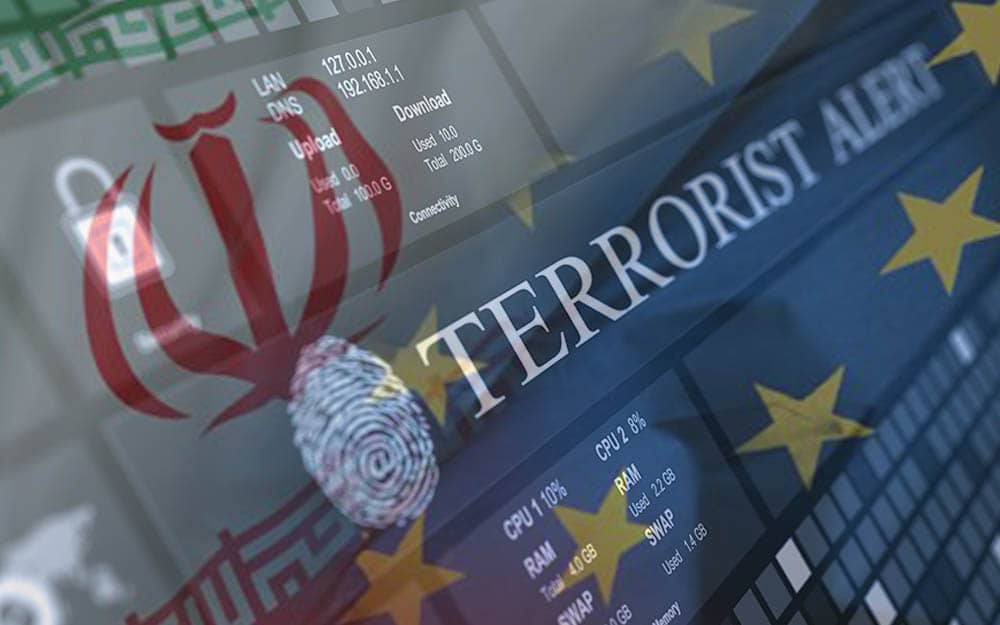 On Sunday, the spokesperson for Iran’s Foreign Ministry finally spoke publicly about the terrorism case involving Iranian diplomat Assadollah Assadi, for whom a verdict is due next week. The remarks amounted to a predictable denial of responsibility, and they should serve to further underscore the need for an assertive shift in Western policies, with the aim of holding the entire regime accountable for its terrorist activity in the wake of Assadi’s conviction.

Assadollah Assadi, the former third counselor at the Iranian embassy in Vienna is accused of directing three other operatives in an attempt to set off explosives at the annual gathering of Iranian expatriate activists. The plot in question was disrupted through the cooperation of multiple European authorities in 2018, the last year the event took place in a Paris suburb before moving the following year to the Albanian compound belonging to the dissident group known as the People’s Mojahedin Organization of Iran (PMOI-MEK).

Among the latest revelations from the trial is the fact that Nasimeh Na’ami and Amir Saadouni, the Iranian-Belgian couple who received the bomb directly from Assadi, were specifically instructed to place it as close as possible to Maryam Rajavi, the President-elect of the National Council of Resistance of Iran, which organized the June 2018 event. Had they been successful in this mission, there is little doubt that the explosion would have also killed or wounded a significant number of the Western political dignitaries who were attending the event and sitting near the Resistance leader.

Witness affidavits that were submitted as part of the trial emphasize that the bomb was powerful enough to have killed many attendees at the Free Iran gathering and that an ensuing stampede of tens of thousands of people might have raised that death toll even further. It should not be necessary to point to the potential impact of the plot in order to rebut the recent statement from Saied Khatibzadeh, the Foreign Ministry spokesperson. But it very clearly underlines the absurdity of his claim that Assadi was somehow the victim of a “complicated trap set up using the MEK.”

It wasn’t immediately clear what Khatibzadeh meant by this, or whom exactly he was accusing of entrapping the Iranian diplomat. But at one time, the Iranian regime went so far as to take the position that the MEK had staged the incident as a false flag operation. Of course, this position became extremely difficult to maintain as details emerged of the case against Assadi. Tehran could not reasonably expect anyone to believe either that the MEK was willing to incur mass casualties among its own ranks or that it had set a plot into motion while specifically counting on European agencies to prevent it from reaching its conclusion.

Neither could the regime credibly counter descriptions of its own diplomat’s involvement in planning and directing the plot. While the regime may have been prepared to throw lower-ranking operatives under the bus, it has continually demonstrated an unwillingness to do the same with Assadi, the alleged mastermind. It demonstrated this again on Sunday through Khatibzadeh, who continued to promote the untenable argument that diplomatic status makes Assadi’s arrest categorically unlawful, regardless of the accusations against him.

This assertion is just one of the ways in which Iranian officials, a number of whom have visited Assadi in jail since his arrest, have sought to facilitate his escape from justice. The argument is ridiculous on its face because Assadi was arrested in Germany while traveling outside the boundaries of his diplomatic mission. But even if this had not been the case, the seriousness of his crime and the volume of evidence against him would have allowed for him to be arrested under the laws of either Austria or Belgium. There is no established principle of diplomatic immunity that allows it to extend throughout the European Union or to apply even in cases where a diplomat poses a clear and present danger to national security.

Tehran’s insistence to the contrary is increasingly desperate. There is no indication that it has affected anyone who has the power to intercede in the case, and there is every reason to believe that Assadi’s conviction is imminent. Prosecutors have requested the maximum sentence of 20 years for the terrorist-diplomat and slightly lesser sentences for the would-be bombers and a fourth accomplice. But those same prosecutors have also seemingly contributed to the argument that these convictions should only be the start of a broader European response to the Iranian terror threat.

Throughout the trial, a major point of interest has been the relationship between Assadi’s team and the political leadership of the Iranian regime. Prosecutors have said in no uncertain terms that that team was not acting as a collection of rogue agents, but had received instructions directly from Tehran. Assadi is said to have been at the head of an expansive network of potential terrorist assets, spanning at least 11 European countries. And the NCRI, being both the target of the 2018 plot and a reliable source of intelligence about Iranian affairs, concluded that the regime’s Supreme Leader Ali Khamenei, President Hassan Rouhani, and Foreign Minister Mohammad Javad Zarif, were directly involved in calling for an attack on the Free Iran rally.

Those officials supposedly represent two distinct factions within the Iranian regime. But both seemed to develop an equivalent appetite for a direct assault on the democratic opposition after the MEK was determined to be the main driving force behind a nationwide uprising at the end of 2017 and the beginning of 2018. The June 2018 terror plot was as much a sign of anxiety about this as it was an example of the longstanding threat that the Iranian regime poses to Western lives, interests, and property.

This goes to show that demands for broader accountability from the Iranian regime are both morally imperative and pragmatic. After the terror plot failed to disrupt foreign centers of support for the Iranian Resistance, anti-government protests became a regular occurrence throughout the rest of 2018. This in turn set the stage for an even larger nationwide uprising in November 2019, which encompassed nearly 200 cities and towns before being suppressed by one of the regime’s worst domestic mass killings in years.

Even this failed to bring the anti-government protest movement to heel, and the country underwent yet another series of demonstrations across multiple provinces in January 2020, just ahead of the coronavirus outbreak. Analysts anticipate that Iran could become the site of renewed social and political instability in the wake of the pandemic.

That outcome is all the more likely if foreign bases of operations for the Iranian regime seem secure. But such security depends upon serious confrontation of the Iranian terror threat by local authorities. Post facto prosecutions are not enough. Western powers must anticipate the Iranian terror threat and recognize that it will continue its terrorist activities on their soil unless sanctions, diplomatic isolation, and multinational investigations make clear in advance that there will be consequences for doing so. Shutting down Iran’s embassies in European countries and expelling its agents would be a serious step to demonstrate that Europe is serious about the activities of a state sponsor of terrorism.

Previous articleIran: Did the Maximum Pressure Weakened the JCPOA or Rather It Exposed Its Weaknesses
Next articleRound-up of Iran Protests: Rising Public Dissatisfaction Underlines Society’s Restiveness