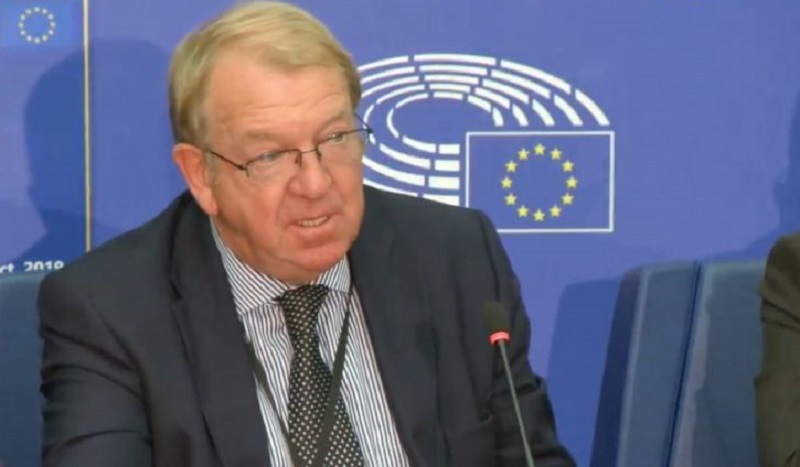 Report: Day 7 of – via the ’s Network: pic.twitter.com/cPIgpfF6C4

Against this violent and repressive background, it was a considerable surprise to discover that Scotland’s First Minister Nicola Sturgeon and Chief Constable Iain Livingstone had agreed to be guest speakers at the Ahl Al-Bait Society ‘Peace & Unity Conference’ in Glasgow on Wednesday 20th November. The Ahl Al-Bait Society is headquartered in Woodside Place, Glasgow, premises used by the Iranian Embassy in London to provide consular services. The society claims that its annual conference brings together leaders from Scotland and further afield “to influence change and to challenge atrocities happening around the world.” However, opponents of the Iranian mullah’s believe that society is nothing more than a propaganda machine for the regime and a front for the promotion of Islamic fundamentalism.

The First Minister and Chief Constable had agreed to join Dr. Mohammad Ali Shomali as keynote speakers at the conference. Dr. Shomali is the resident Imam and director of the Islamic Centre of England. He is a renowned follower and fan of the founder of the Islamic Republic of Iran, Ayatollah Ruhollah Khomenei, who in 1988 ordered the summary execution of more than 30,000 supporters of the main Iranian opposition movement, the Mojahedin e-Khalq (MEK). The UN is now investigating this atrocity that must rank as one of the most horrific crimes against humanity of the late twentieth century. The mass executions, in jails across Iran, were carried out on the basis of a fatwa by Ayatollah Khomeini, a man about whom Imam Shomali recently said: “If we study Imam Khomeini’s personal character, we will find him incredible and if we study him based on his effect on others, then our finding will be the same.”

Imam Shomali has described homosexuality as ‘unlawful’ and likened gay marriage to bestiality claiming that one day these countries “will desire marriage with animals.” When Nicola Sturgeon and Iain Livingstone were informed by the media that many people were concerned they had agreed to take the stage alongside Imam Shomali, they both quickly announced that they had discovered diary clashes that would prevent their attendance. It was nevertheless shameful that it took a journalist to alert them to this fact. It was also shameful that Nicola Sturgeon designated another SNP minister to take her place at the conference. 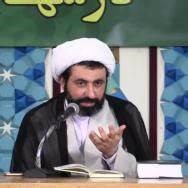 Scotland’s First Minister should perhaps reflect on why, at a time when women in the West have achieved political, economic, personal and social equality, Iranian women are amongst the most repressed in the world, ruled by a regime dominated by the elderly, bearded misogynists. It is little wonder that the current nationwide protests are often led by or involve the participation of thousands of women. Female teachers, medical staff, students, factory workers, and pensioners have taken to the streets to demand an end to corruption, an end to discrimination and repression and an end to the clerical regime’s aggressive military adventurism across the Middle East, where they back Bashar Al-Assad in Syria, the Houthi rebels in Yemen, the brutal Shi’ia militias in Iraq and the terrorist Hezbollah in Lebanon.

The First Minister and Chief Constable should reflect on the fact that Iran is a pariah regime that believes in taking hostages, like the young British-Iranian mother Nazanin Zaghari-Ratcliffe, jailed on trumped-up espionage charges. There is no justice in Iran. While its so-called ‘moderate’ president Hassan Rouhani smiles for the cameras in the West, back home his government has executed more than 3,500 people, including women and children since he took office in 2013. Inside Iran, the torturers and executioners are busier than ever, determined to crush all opposition under a tidal wave of fear and oppression. That is why its citizens have risen in anger and frustration at the cruelty and criminal corruption of the mullahs and their distorted fundamentalist, medieval version of Islam. It is perplexing that Nicola Sturgeon and Iain Livingstone could have unwittingly involved themselves in working hand-in-hand with the Iranian regime and their propaganda outlets. Their presence at this bogus conference would only have served to discredit Scotland’s international reputation while providing a major propaganda coup for one of the world’s most evil and repressive regimes.