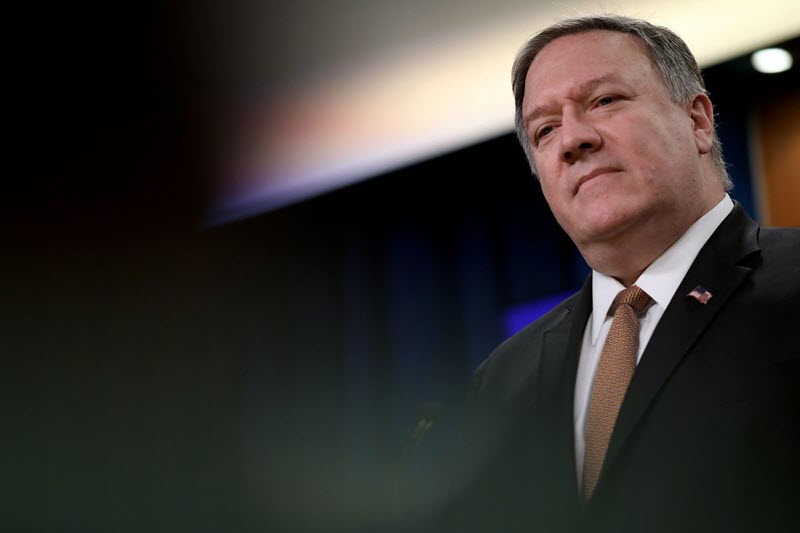 The Trump administration is intent on pressuring Iran. President Trump announced last year that the United States would be exiting the 2015 Iran nuclear deal and he gave a long list of reasons why. This included Iran’s meddling in the region, its continued ballistic missile testing, its support of terrorist groups and activities and its compete disregard for human rights.

Secretary of State Mike Pompeo also provided Iran with a long list. This time it was a long list of conditions that the regime had to adhere to before the United States would even consider negotiating with Iran.

Pompeo is now leading the calls for Iraq to take action regarding Iran. He will be visiting Kuwait and Lebanon to speak to officials about how Iran can be contained.

The U.S. Secretary of State would like to designate the Islamic Revolutionary Guard Corps (IRGC) as a terrorist organisation. However, this is a risky move because the IRGC is Iran’s military organisation and the U.S. has never designated any government’s military before. Furthermore, there is a risk that other governments could take the same action back.

Aside from this move that may or may not materialise, it also seems that the United States will look to designate other groups or at least impose travel restrictions and economic sanctions. Pompeo said earlier this week that this is an avenue he will explore with the officials he meets in his upcoming visits.

These groups will include militias in Iraq that were trained by Iran’s IRGC but operate with the approval of the Iraqi government. Some are part of the umbrella organisation, the Popular Mobilization Forces, that is composed of dozens of paramilitary groups that have participated in the fight against the Islamic State (ISIS). Many receive funding from the Iraqi government.

Pompeo has already called on the leaders of Iraq to stop purchasing Iranian natural gas. Leaders in Iraq, however, have made it clear that they are opposed to the U.S. sanctions that were put in place after the United States exited the 2015 Iran nuclear deal. Tensions between the U.S. and Iraq have worsened over the past few months, but the United States has made it very clear that it wants Iran to be expelled from Iraq before the situation in the Middle East takes a turn for the worse.

The U.S. has kept 400 American troops in Syria following the backlash when Trump announced in December that all troops would be withdrawn. However, those that remain in Iraq are faced with the country’s reluctance to let the U.S. troops move around or operate.

Whatever will happen, it is imperative that the United States continues to crack down on the Iranian regime. Its belligerence is a major obstruction to peace and security in the Middle East and its terrorist attacks are escalating further afield, particularly in Europe.

Last year alone, a number of terrorist attacks were foiled by European intelligence agencies. One of the plots was against the Free Iran gathering that took place in June in Paris. Had it not been foiled, it could have been a major attack resulting in a large number of casualties and deaths.

This escalation shows that the Iranian regime is getting desperate as it is prepared to perpetrate bold attacks in Europe. However, the EU’s response to these attempts has been largely inadequate. Like the U.S., the EU needs to make it very clear that the regime will be held accountable.