Written by The Editorial Board
11th September 2021 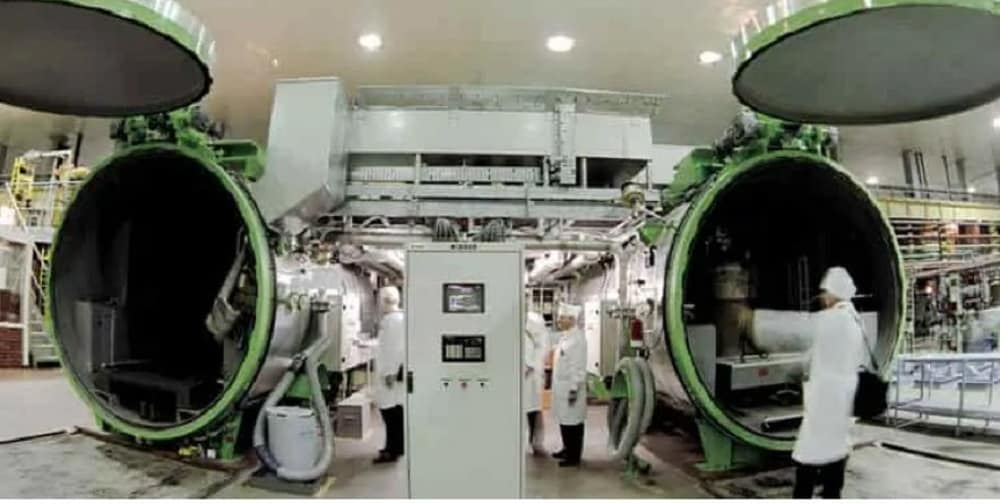 If there were any lingering doubts that the Iranian regime is accelerating its nuclear program despite Western engagement, they should be set aside after two recent reports by the UN nuclear watchdog. Western parties, especially the European Union, should rethink their feckless policy and negotiations vis-à-vis the theocratic regime. The policy of appeasement has failed.
On Tuesday, the International Atomic Energy Agency (IAEA) released two reports that revealed the regime’s illicit nuclear activities and obstruction of monitoring activities by the agency. The IAEA also warned that the regime has 10 kilograms of uranium enriched at near-weapons grade level. In addition, Tehran has stockpiled more than 80 kilograms of 20 percent enriched uranium. Under the terms of the 2015 nuclear deal, the regime is not allowed to enrich uranium above 3.5 percent. Therefore, Tehran is in clear violation of the nuclear accord. The IAEA warned that its verification and monitoring activities have been “seriously undermined” since February by Tehran’s refusal to let inspectors access IAEA monitoring equipment.
In February, IAEA inspectors confirmed that the regime had produced 3.6 grams of uranium metal at the Isfahan nuclear plant. The Europeans warned that this is a “key step in the development of a nuclear weapon.”
One of the recent reports stipulates: “The presence of multiple uranium particles of anthropogenic origin at three locations in Iran not declared to the Agency, as well as the presence of isotopically altered particles at one of these locations, is a clear indication that nuclear material and/or equipment contaminated by nuclear material has been present at these locations.”
The regime’s provocative activities have accelerated as parties to the 2015 nuclear agreement have held several rounds of talks in Vienna to bring the Iranian regime back in compliance with the deal. The latest round ended in June, before the regime’s sham presidential elections.

Back in July, speaking at the Free Iran World Summit, Mrs. Maryam Rajavi, the President-elect of the National Council of Resistance of Iran (NCRI), rightly warned against Western concessions to the Iranian regime on its nuclear program.
She said: “While the regime has been hiding its nuclear program by deceiving the world, the international community has been trying to stop or curb this project by granting concessions or by showing complacency.”
Mrs. Rajavi underscored that “any agreement that does not completely close down the regime’s bomb-making, enrichment and nuclear facilities is unacceptable. And the Iranian people will not accept it.”
The international community must not accept anything less either.
The regime is trying to force its counterparts to provide it with unilateral concessions. And concessions will only encourage additional confrontational conduct.
The latest conclusions publicized by the IAEA show once again that the clerical regime will not abandon its nuclear weaponization program as a strategy to guarantee its survival. It will continue its cheating and deception to buy time. Meanwhile, Tehran is trying to blackmail the international community to force interlocutors to drop sanctions and reduce pressure on the regime for its missile program and destructive regional meddling.

The recent appointment of Mohammad Eslami, the main liaison with Pakistani nuclear scientist Abdul Qadir Khan in the global black market for acquiring nuclear weapons technology, clearly reveals that Tehran is unyielding in its attempts to get the bomb. The United Nations must, therefore, recognize the Iranian regime as the main threat to global peace and security and apply Chapter Seven of its charter.

Previous article
Iran News in Brief – September 11, 2021
Next article
Iran: On Anniversary of Navid Afkari’s Execution, His Murderer Would Be Embraced by UN?