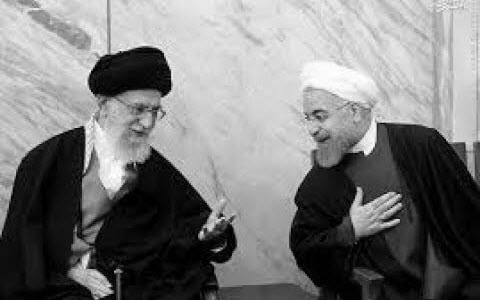 The Iranian regime’s political and economic isolation will continue as the regime is unable to bend on key issues, writes dissident writer Hassan Mahmoudi, adding that the international community sees no security in investing in Iran.

In an article on Friday for The Daily Caller, Mahmoudi points out that the solution to the Iran crisis is regime change.

He added that last month Hassan Rouhani was “re-elected” as the Iranian regime’s President amidst various cases of fraud, vote rigging and embarrassing measures to portray the polling stations as crowded.

“However, Iran’s president is subordinate to the supreme leader Ali Khamenei,” the article states.

“Iran’s elections is far from free or fair. The president is first vetted as a candidate by a clerical panel called the Guardian Council, affiliated to the supreme leader.”

“The supreme leader stands at the apex of Iran’s complex political–religious dictatorship. He has veto power over all policies and ultimate control of the security forces. Iran’s supreme leader controls much of economy through 14 main entities, including the Islamic Revolutionary Guards Corps (IRGC). Rouhani’s freedom of action in foreign policy is also heavily circumscribed by the Supreme Leader’s authority.”

The op-ed further pointed out: Iran’s 12th presidential election came at a critical time. The economy is deteriorated, inflation is, parallel to skyrocketing, unemployment, shortages, poverty, sleeping in graveyards, mine explosion incidents, skyscraper fire disasters, lack of free competition, the monopoly of the Supreme Leader and the IRGC, deterioration of human rights, and the high cost of military intervention in Syria. “The main concerns of business in Iran is around the issue of stability and peace,” said Masoud Khansary, head of the Tehran Chamber of Commerce.

Rouhani term in office has coincided with one of the most turbulent periods in recent Middle East history. At the recent Riyadh conference, new military forces were established with 34,000 troops to fight terrorism in Syria and Iraq. The countries in Riyadh coalition have expressed their enmity against Iran. They determined to condemn and curb sectarianism and this regime’s arms in Iraq and its role in Syria, and Yemen,” “The main goal in establishing this force was to confront not only al-Qaeda and ISIS forces but also militias supported by Iran in Syria,” said Mohamed Mojahed Azziyat, a member of the Egyptian Parliament Foreign Affairs Committee, in an interview with Sky News Arabic on Wednesday.

Also, a new generation of youth is protesting the regime’s repressive measures.

Rouhani is a regime insider with a history of holding senior positions in the security apparatus. Following the 1979 revolution, he served on the Supreme Defense Council during the Iran-Iraq war. Rouhani has no will in ending or even reforming Iran’s system of government. Now He reinvented himself as a so-called full-fledged reformist for the second term, but despite his promises the people know he will not live up to his commitment. His record of 3,000 executions during his first term will not go forgotten. They were not surprised when on inauguration day he first headed to the tomb of former Iranian regime founder Ruhollah Khomeini (died in 1989) to renew his allegiance to him and launch his second term after bowing to Khamenei.

On the third day of Rouhani’s second term in office, “the regime has immediately relaunched its domestic crackdown machine after the election farce, especially through executions and torture in prisons across the country. Ten inmates in the prisons of Tabriz, Zahedan, Ardebil, Kermanshah and Isfahan, and Karaj Central Prison were hanged on May 22 and 23. Nine of these cases were carried out on May 23 alone.” According to a statement by the NCRI.

On May 25, less than week after the election, IRGC Air & Space Force commander General Amir-Ali Hajizadeh said: “I announce today that in recent years we have built a third underground factory for the manufacture of missiles…We are going to develop our ballistic power.”

The article sums up: “Iran’s political and economic isolation will continue — the regime cannot bend. The international community sees no security in investing in Iran. To this end, the only predictable change in Iran is regime change.”