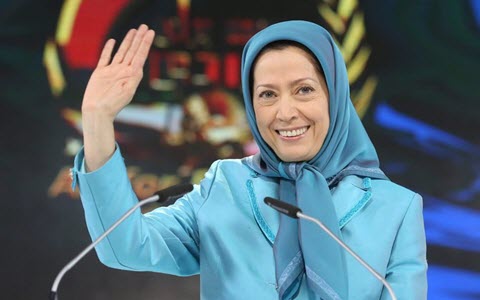 NCRI – American policy toward Iran turned around last January, with the inauguration of Donald Trump. Trump made his views on Iran clear during his campaign, and they are much different from those of his predecessor. The Obama administration took great pride in the Iran nuclear deal it helped to negotiate, but while still a candidate, Trump repeatedly referred to the agreement as one of the worst deals ever negotiated, and promised to overturn it upon assuming office.

While he hasn’t done that, and the Joint Comprehensive Plan of Action (JCPOA) continues to exist, the US has imposed new sanctions on the Iran which are unrelated to the Iranian nuclear program.

Dr. Ivan Sheehan, director of the graduate programs at the University of Baltimore writes in an article for Town Hall, “Iran policies now under development suggest that an explicit endorsement of regime change may well be on the horizon.”

The lack of reform following implementation of the JCPOA, should prompt the Trump administration to outline a plan to further weaken the regime in Tehran, according to Dr. Sheehan, and toward that objective, to use partnerships abroad. Trump’s strategy of visiting Saudi Arabia and Israel first, on his initial official oversees trip, appeared to be a sign to many in the Middle East that he hoped to encourage cooperation to face the mutual threat of Iran, and they are eager to re-embrace the US at a critical moment in Middle East affairs.

Trump’s visit to Vatican seemed to be a sign of the potential for cooperation among the world’s three Abrahamic faiths. The Islamic Republic is known for religious persecution, as it denies minorities’ access to education or jobs, and sometimes sends people to prison or sentences them to death on the basis of religious crimes.

Among the most progressive and well-educated people in the Middle East are the Iranian people. Sheehan writes that they are “overwhelmingly opposed” to the regime. “This opposition is a crucial reason why it is realistic for the U.S. to embrace and expect regime change, and more specifically, regime change from within driven by local populations as opposed to being imposed by Western authorities.”

Millions of people from both the community of Iranian expatriates and those still living in Iran, are advocating for the establishment of a truly democratic system. This will be apparent on July 1st, in Paris, when the leading coalition of the Iranian opposition, the National Council of Resistance of Iran (NCRI), holds its annual Iran Freedom rally. In previous years, this event drew more than 100,000 people, including hundreds of political dignitaries and foreign policy experts from the US, Europe, and across the world. The rally will be broadcast to the millions of residents of the Islamic Republic who have satellite dishes, a device that defies the regime’s censorship laws.

With a more comprehensive change of policy toward Iran that includes an expansion in potential American partnerships, President Trump may become the first American leader since the Iranian Revolution to give the people of Iran a voice on the world stage.

It is the hope of the Iranian people that the US will support their message, which can be seen on the banner celebrating the NCRI’s Paris rally: “Regime change is in reach.”