How the Iran 1988 Massacre Started 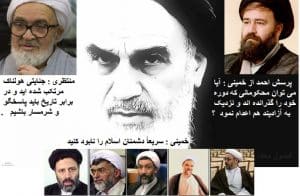 The 1988 massacre was a huge event. It should, however, be viewed in the context of another event of great import: Khomeini’s surrender to a cease-fire ending the 8-year Iran-Iraq war. Both took place in July 1988.
A just peace had been possible since May 1982, when Iraqi forces retreated over the borders of Iran. All the rights of Iran would have been recognized, and neighboring countries were even willing to help with guarantees. Yet Khomeini added another six years to the devastating warfare with the slogan “We will conquer Qods (Jerusalem) by way of Karbala.” The highest death rates in the eight years of fighting belong to this period. The war provided the clerical regime with a daily pretext for harsh measures suppressing society and for evading the democratic demands of the Iranian people. Khomeini rejected each successive yearly resolution of the United Nation’s Security Council calling for a cease-fire, declaring “Even if this war lasts for 20 years, we will stand firm.”

Eventually, however, the war became a threat to the continued existence of the ruling regime, and on 18 July 1988, Khomeini signed Resolution 598 stipulating a cease-fire with Iraq. It marked a turning point in Khomeini’s reign, and he described his acquiescence as “drinking a chalice of poison.” The transition could have roused the people’s suppressed protests and demands, chief among them the question the regime could not defend itself against: While peace was in reach, why had Khomeini and his government continued the destructive war? But in the circumstances of post-war Iran, an outbreak of unrest could lead to overthrow only if an organized movement were to lead it. Therefore, the danger posed by the PMOI/MEK that Khomeini had held in check with the war, became a very real and very current threat after the fighting stopped. Khomeini, therefore, made three major decisions almost simultaneously: He announced a cease-fire, lambasted the MEK, and deposed Montazeri, his own successor.
His reasoning for these decisions is readily apparent in his letter deposing Montazeri: “Since it has become clear that after me you are going to hand over this country, our dear Islamic revolution, and the Muslim people of Iran to the liberals, and through that channel to the Monafeqin [MEK], you are no longer eligible to succeed me as the legitimate leader of the state.” Khomeini wrote in his letter to Montazeri on 26 March 1989.
To confront and rein in public reaction and the potential of a social outburst regarding this about-face, coming on the heels of the issues raised by the cease-fire, he launched a horrific crime against humanity, issuing the fatwa to massacre thousands of political prisoners.

Khomeini’s decree is a direct order to launch a genocide to annihilate his opposition. The first and foremost reason cited for the killing, mentioned in the first line of the decree, is the MEK’s interpretation of Islam, which contradicts Khomeini’s version. That and his cruel emphasis on removing all doubts about the purge, which were the main features of the fatwa, make the decree Khomeini’s last will and testament. After him, it was given priority by his successor.

In the name of God the merciful,
“As the treacherous Hypocrites [a derogatory term used by the regime referring to the PMOI/MEK] do not believe in Islam and their statements are rooted in deception and hypocrisy, and as their leaders have confessed that they have become renegades, and as they are waging war on God, and as they are engaging in classical warfare on the western, northern and southern fronts, and as they are collaborating with the Baathist Party of Iraq and spying for Saddam [Hussein] against our Muslim nation, and as they are tied to the World Arrogance, and in light of their cowardly blows to the Islamic Republic since its inception, it is decreed that those who are in prison throughout the country and remain steadfast in their support for the Hypocrites are waging war on God and are condemned to execution.
The task of implementing the decree in Tehran is entrusted to Hojjatol-Islam Nayyeri, the sharia judge, Mr. Eshraqi, Tehran prosecutor, and a representative of the Intelligence
Ministry … In prisons in the provinces, the views of a majority of a trio consisting of the sharia judge, the revolutionary prosecutor, and the Intelligence Ministry representative must be obeyed. It is naive to show mercy to those who wage war on God … Those who are making the decisions must not hesitate, nor show any doubt or be concerned with details…”
Ruhollah al-Mousavi al-Khoemeini 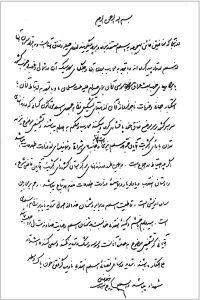 This decree was so unprecedented that the head of the Judicial Council, Abdulkarim Mousavi Ardebili, sought clarification in three questions:
1. “Does the decree apply to only those who have been in prison, who have already been tried and sentenced to death, but have not changed their stance and the verdict has not yet been carried out, or are those who have not yet been tried also condemned to death?
2. Those Monafeqin [MEK] prisoners who have received limited jail terms and have already served part of their sentences but continue to hold fast to their stance in support of the Monafeqin [MEK], are they also condemned to death?
3. In reviewing the status of the Monafeqin [MEK] prisoners in provinces that have an independent judicial organ, is it necessary to refer their cases to the provincial center, or can the provincial judicial authorities act autonomously?”

Khomeini’s response was firm and fast:

“In all the above cases, if the person at any stage or at any time maintains his [or her] support for the Monafeqin [MEK], the sentence is execution. Annihilate the enemies of Islam immediately. As for the cases cited, use whichever criterion that speeds up the implementation of the verdict.” 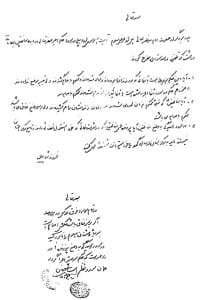 In the fourteen-hundred-year history of Islam, there have been many criminal caliphs and rulers responsible for mass killings in the name of Islam, but a religious decree such as Khomeini’s, aimed directly at genocide, is unknown.
One noticeable oddity of all three documents — Khomeini’s fatwa, Mousavi Ardebili’s questions, and Khomeini’s response to them, is that none is dated. This highly unusual commonality has given rise to the theory that it is likely that all three were written sometime prior, perhaps even prior to the cease-fire, in a manner that allowed them to be used whenever needed.
Reports from different prisons in Tehran indicate that preparations for a massacre had started months before the ceasefire. Based on statements by survivors, a change in attitude in the prisons across the country could be seen from January 1988. In a coordinated process, the regime classified political prisoners from August 1987 to early 1988. In March 1988, a portion of those designated as political prisoners in Dizel Abad of Kermanshah were transferred to Evin and Gohardasht prisons under the pretext of war. From April to July 1988, strikes were launched in some prisons in protest to prison conditions and the relocations. Prison officials started listing political prisoners, including in addition to their personal information, their charges, and the end dates of their sentences.