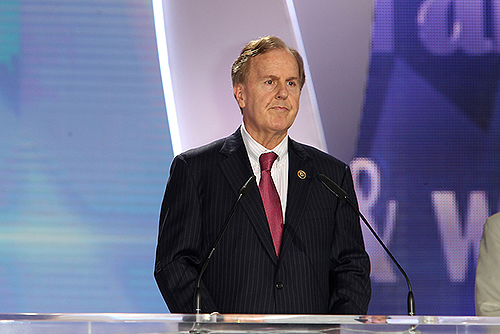 WSIC Radio, an affiliate of Fox News Radio in North Carolina today reported the support of US Congressman Robert Pittenger for democracy in Iran at the annual Iran Freedom rally on Saturday in Paris.

“Lake-area Congressman Robert Pittenger is back from Paris where he spoke to at least a hundred thousand people at a rally for the Iranian pro-democracy movement,” WSIC Radio said in a dispatch.

Pittenger was quoted by the radio station as saying that he had attended the rally “to bring to the attention of the world the plight of the people of Iran and the human rights abuse that they suffer on a continually bases.”

Concern over the Iranian nuclear deal was also a big topic, the station said.

Listen to the full audio here