Congressman Pittenger: Iran regime is a danger to world 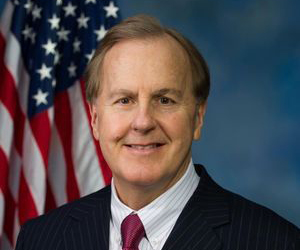 The Iranian regime is not only a danger to its own people but to the world, says U.S. Rep. Robert Pittenger who was among a contingent of American lawmakers who participated in a rally in France aimed at bringing a greater sense of urgency to the move toward democracy in Iran.

“It was remarkable,” Congressman Pittenger said in an interview with the Statesville Record & Landmark. The theme of the event was “regime change,” and the call was to end the clerical rule in Iran.

“There have been 120,000 people killed by the mullahs and the extremist Islamists there,” he said, referring to the 36-year period since the so-called Islamic Revolution of 1979 resulted in the end of monarchy in Iran.”

“Many of us spoke, and my message was ‘solidarity,’” Pittenger said. “I expressed grave concerns held that Iran is not only a danger to its own people but to the world.”
Pittenger said he also took a stand against the tentative nuclear deal with the Iranian regime.

“I am against that agreement,” he said.

Congressman Pettinger said the rally allowed him to make an acquaintance with Maryam Rajavi, the president of the National Council of Resistance of Iran .

“Madame Rajavi is an amazing lady,” Pittenger said. “And she is fully committed.”