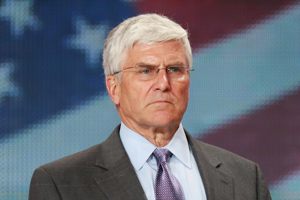 The Iranian regime uses terror to accomplish its political and ideological objectives and is fomenting instability and conflict throughout the Middle East, US General George Casey, a former commander of the Coalition forces in Iraq, has said.

Speaking in a major gathering of the Iranian Resistance on June 13 in Paris, Gen. Casey highlighted the Iranian regime’s destabilizing role in the region.

Speaking from personal experience from his time as the top US commander in Iraq from 2004 to 2007, Casey said: “We said it is by now beyond dispute that the regime in Tehran is fomenting instability and conflict throughout the region, most notably in Syria, Lebanon, Yemen and Iraq.”

“For me, by the middle of 2006 it was clear that the Iranian regime was providing military training and lethal equipment to the Shia militias. This was the major factor in inflaming and sustaining the sectarian violence that wrecked Iraq in 2006 and 2007 and continues to this day. This support was provided by the Quds Force, the regime’s destabilizing arm, and it is directly responsible for the deaths of hundreds of Coalition forces and thousands of Iraqis. I know the Quds Force was involved because we caught them red-handed. We captured six of them in a safe-house in Baghdad with maps showing sectarian population movements and records of weapons shipments in and out of Iraq. There can be no doubt that the Quds Force is doing the same type of thing across the region today.”

“The Iranian regime is a state sponsor of terror. They’re using terror to accomplish their political and ideological objectives across the region. We could not have more diametrically opposed objectives. So not only must Iran’s destructive role in the region be curbed and deterred, the regime’s support for terror must end,” Gen. Casey said.