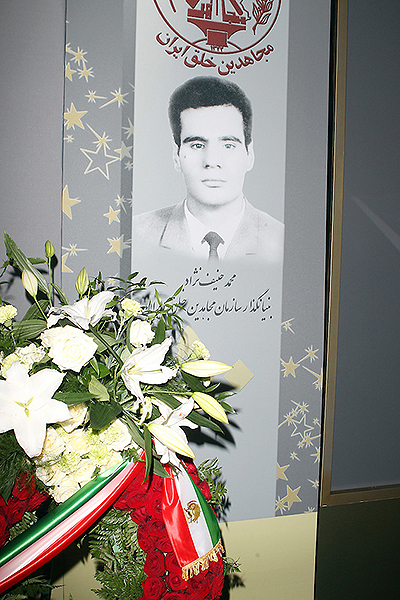 NCRI – This year’s annual rally in Paris for democracy in Iran has a special difference. It comes on the eve of the 50th anniversary of the founding of Iran’s principle democratic opposition group, the People’s Mojahedin Organization of Iran (PMOI/MEK).

Iranians in the huge gathering on Saturday celebrated the 50th year of life for the pivotal force in the coalition National Council of Resistance of Iran (NCRI).

A group of young Iranians at the rally went on the stage and each read out short histories of the PMOI’s 50-year struggle against the dictatorships of the Shah and the mullahs, and each one symbolical summed up by saying “the PMOI is in me”.

A 5-minute clip was also broadcast highlighting the history and summarizing the 50-year struggle of Iran’s largest opposition group against the Shah and the religious dictatorship now in power.

One of the young speakers pointed out that the PMOI was the only group in modern Iranian history to persist as an active opposition movement for 50 years and counting. The huge crowd in response chanted “Down with dictator, viva viva Mojahedin”.

The PMOI (or Mujahedeen-e Khalq MEK) was founded on September 6, 1965, by three university students, Mohammad Hanifnejad, Said Mohsen, and Ali-Ashgar Badizadgan to combat the Shah’s regime. The original members were mostly professionals living in Tehran. At a time of severe repression by the Shah’s secret police SAVAK, twice a week the members came together to discuss religion, history, philosophy, and revolutionary theory.

Though all three founders were later executed by the Shah’s regime, from prison central committee member Massoud Rajavi re-built the PMOI which became a pivotal force in the 1979 anti-monarchical revolution.

The fundamentalist mullahs in Iran believe interpreting Islam is their exclusive domain. The PMOI reject this view and the clerics’ reactionary vision of Islam. The PMOI’s comprehensive interpretation of Islam proved to be more persuasive, appealing, and successful than any attempt in the past.

For the Mojahedin, freedom, as well as gender, ethnic and religious equality, human rights and peace are not merely political commitments, but ideological principles based on its view of the Quran and the traditions and teachings of Prophet Muhammad, Shiite Imams, and other leaders.

While the fundamentalist mullahs believe in the concept of velayat-e faqih, which invests law, power, and legitimacy to a Supreme Leader, the PMOI believes the sole criterion for political legitimacy is the ballot-box. It is the electorate, expressing itself in a free and fair election that gives a party, group, coalition, or individual the mandate to govern.

For about two and a half years after the revolution, the PMOI used the little political openness that existed to spread their message and garner support. On June 20, 1981, a peaceful demonstration by half-a-million PMOI supporters in Tehran was turned into a bloodbath on the orders of Khomeini, and the PMOI were forced to go underground and begin a Resistance campaign to expose and unseat the Khomeini regime.

On July 29, 1981, Mr. Rajavi announced the formation of the National Council of Resistance of Iran (NCRI), the democratic alternative to the religious, terrorist dictatorship. The umbrella coalition which includes representatives from various opposition groups with varying views has been the most long-lasting coalition of the opposition so far.

Previous articleJoseph Lieberman: Iran being ‘held captive by fanatical extremists’
Next articleSignificance of June in the calendar of the Iranian Resistance