Iran: Call for Immediate International Action To Secure the Release of Ahmad Reza Jalali and To Prevent His Execution 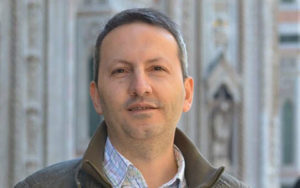 The Iranian Resistance urges the Secretary-General of the United Nations, the UN High Commissioner for human rights, and the UN Human Rights Council, as well as the European Union and its member states to take immediate and effective action to prevent the execution of Dr. Ahmad Reza Jalali by religious fascism ruling Iran and to secure his release.

According to Mr. Jalali’s family, he was transferred to Evin’s solitary confinement cell in recent days and was told that he would be executed soon. Mr. Jalali was arrested in May 2016 and was sentenced to death in the clerical regime’s courts in October 2017. The Mullahs’ Supreme Court upheld the ruling shortly afterward.

The hostage-taking and imprisonment of foreign nationals and Iranians residing in foreign countries in order to blackmail, extract concessions and exert pressure on foreign governments began in the first year of the mullahs’ rule. This policy has continued owing to a lack of a decisive international response.

Verbal condemnation of these criminal acts alone is insufficient. The international community, and especially the European Union, must take effective practical steps, including referring the Iranian regime’s human rights dossier to the UN Security Council, to make it clear to the mullahs that hostage-taking, execution, and massacre will no longer be tolerated.