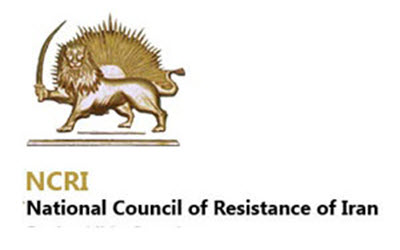 Frantic efforts by religious dictatorship ruling Iran against the Iranian Resistance under the disgraced banner of “former Mojahedin members,” this time through BBC Radio 4 and the World Service

The continuing uprisings in Iraq and Lebanon have undermined the strategic depth and one of the strategic pillars of the theocracy ruling Iran. Intensifying international sanctions, in particular against the regime’s supreme leader and his inner circle, coupled with the rise in the Iranian people’s protests and the Resistance Units’ activities not only highlight the reality that time is rapidly running out on the religious fascism ruling Iran, but also pose an unprecedented challenge to its survival.

Under such circumstances, the mullahs have stepped up their terrorist activities and stepped up their campaign of demonization against the Iranian Resistance and the People’s Mojahedin Organization of Iran (PMOI/MEK) in order to make it appears as though that there is no alternative to their regime and that the West is better served by continuing the policy of appeasement. The religious dictatorship’s desperation cloaked under the disgraced banner of “former PMOI members,” this time through Radio BBC 4 and the World Service, represents one such effort.

The mudslinging by the current functionaries of the mullahs’ Ministry of Intelligence and Security (MOIS), disguising themselves as MEK’s “former members,” have repeatedly been exposed by irrefutable documents and evidence, and condemned, as was the case in a German court’s ruling against Der Spiegel for regurgitating similar smears. The repetitive scheme by the MOIS to tarnish the image of the MEK in Albania is intended to set the stage for more terrorist acts against the Iranian Resistance.

On October 23, 2019, the Albanian Police exposed the details of the clerical regime’s terrorist plots against the MEK members in Albania through the services of “former members.” In her report, however, the BBC journalist makes no reference to this development, the most important news in Albania regarding the MEK in recent weeks and months, because she attempts to balance her story with comments from the Iranian regime’s operatives. Last year, Albania expelled the Iranian regime’s ambassador and the MOIS station chief in Tirana for espionage and terrorist activities. In a letter to the Prime Minister of Albania on December 14, 2018, President Trump thanked him for his steadfast efforts to stand up to the Iranian regime’s terrorism and efforts “to silence dissidents around the globe.”

Last summer, some 350 dignitaries from 47 countries spent five days at Ashraf-3, the home of MEK members in Albania, and saw everything up close and personal. Thus, the absurdities rehashed by the BBC, such as brainwashing, lack of access to the Internet, the denial of freedom of choice to MEK members, and the defection of 300 or 400 members from the organization in Albania are utterly false and designed to mollify the criminal mullahs ruling Iran. This is also the case with a fairy tale claiming that the MEK had not told a Prisoner of War, Gholam-Ali Mirzaie, that his family had come to visit him from Iran to Iraq. The indisputable fact is that the representatives of the United Nations Assistance Mission in Iraq (UNAMI) and the United Nations Refugee Agency (UNHCR), as well as the U.S. military, were present at the MEK Camp in Iraq and accessible to everyone, which clearly discredit any such claim.

These lies represent a concession to Iran’s ruling religious fascism at the expense of highly enlightened individuals who have dedicated their lives to democracy and freedom in Iran, and more than 100,000 of whom have been executed by the ruling mullahs, including 30,000 massacred in 1988 by Khomeini’s fatwa.

The MEK released the aforementioned POW and sent him to Albania on September 4, 2016, asking him to live a normal life. Once in Albania, however, he again requested in writing to join the MEK.  Here is the link to his request.

In her report, the BBC’s Linda Pressly says that the MEK refused to be interviewed for her program. She has deliberately chosen not to report that she and another BBC colleague were the guests of the PMOI at their home, Ashraf-3, for five-and-a-half hours. During the meeting, the MEK representatives told her that she could stay at Ashraf-3 as long as she wanted, privately talk to anyone and visit anywhere she so desired. The MEK representatives also told her not to expect the MEK to be part of a program that was wittingly or unwittingly based on an MOIS script. They also told her that they should not be expected to be part of a program that also included individuals whose objective and mission is collecting intelligence and assisting the Iranian regime to conduct terrorist operations against the MEK. No one would have criticized German, British, French, and American freedom fighters and patriots for refusing to appear alongside Nazi collaborators. This, the MEK representatives said, was the most basic right of the MEK to protect itself against the ruling religious terrorist dictatorship which carries out its operations by agents masking themselves as “former members” or “friendly journalists.” This was exactly the way in which the regime planned its foiled terrorist plot in Albania in March 2018.

In their meeting with the BBC journalist on October 10, 2019, the MEK representatives in Albania provided volumes of documents and extensive information on the regime’s terror plots against Ashraf-3, in particular about the regime’s utilizing the services of its Turkish and Albanian operatives, “former members”, and the “network of friendly journalists”. They also detailed the role of the above elements in the plot to bomb the gathering of Iranians in Paris on June 30, 2018, and the terror plot in Albania made public by the Prime Minister of Albania on April 19, 2018.

According to the report of the Belgian Police and the Prosecutor’s Office, a number of the terrorists arrested for their role in the Paris plot claiming to be MEK supporters had been in fact the regime’s “sleeping cell” for more than a decade. Several of them were paid by Ahmad Zarif, the regime’s Paris-based diplomat. Assdollah Assadi, another regime diplomat based in Austria, personally handed over the bomb to Amir Sa’douni (one of the terrorists who is in custody in Belgium, awaiting trial for his role in the Paris plot).

The German and Dutch security services have in successive years reported that the Iranian regime uses individuals posing as “former members of the PMOI” for espionage activities and for setting the stage for terrorist operations.

In a conference on the Balkans on October 28, 2019, the U.S. Embassy’s charge de’affaires in Albania, expressed her concerns over the Iranian regime’s terrorist actions against dissidents in Albania.

One would expect that an impartial report on the status of the MEK in Albania would have addressed these issues instead of dramatizing the lies of despicable individuals who had sold their souls and services to the religious fascism ruling Iran.

In immediately disseminating the BBC’s slanders and slurs against the PMOI, the Iranian regime is trying to demagogically whitewash the role of its operatives such as Hassan Heyrani by disguising them as “former member” of the MEK.

That the BBC has helped turning a security threat into a political dissident is truly shameful.    The order to expel Heyrani from the MEK for “intelligence, security concerns and his treason” and his apology in his own handwriting is attached below. The document was provided to the Court in German and the BBC journalist had access to it.  Here is the link.

The final expulsion of Hassan Hayrani, who had requested membership is hereby stated at the end of his test period due to intelligence and security suspicions and conspiracy for treason

With great apologies and requesting forgiveness by the Organization, I request assistance, April 20, 2018