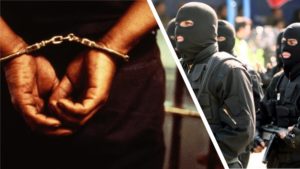 On Thursday, August 6, 2020, Branch 27 of the clerical regime’s Supreme Court upheld the death sentence for political prisoner Haidar Ghorbani from Kamyaran (Kurdistan Province) and referred the case to the Sanandaj prosecution office responsible for carrying out the verdict.

Haidar Ghorbani was arrested by the regime’s Ministry of Intelligence in 2016 and transferred to Sanandaj Central Prison, where he was severely tortured for a long time.

On Wednesday, August 5, the inhuman clerical regime executed protester, Mostafa Salehi, on the pretext of directing of the Kahrizsang protests in Najafabadin Dastgerd Prison in Isfahan.

The mullahs’ regime is desperately trying to prevent the outburst of the people’s anger by creating an atmosphere of terror and intimidation through repression, committing crimes, and executions.

The Iranian Resistance calls on the United Nations Secretary-General, the UN Human Rights High Commissioner, and the UN Human Rights Council as well as other human rights organizations and bodies to take immediate action to prevent the execution of political prisoner Haidar Ghorbani. It also emphasizes the need for the dispatch of an international fact-finding mission to Iran to visit the prisons and meet with the prisoners, especially political prisoners. The Religious fascism ruling Iran must be strongly condemned and expelled from the international community for continuing the use of torture and arbitrary executions, especially of the political prisoners, and for flagrant and systematic human rights abuses.