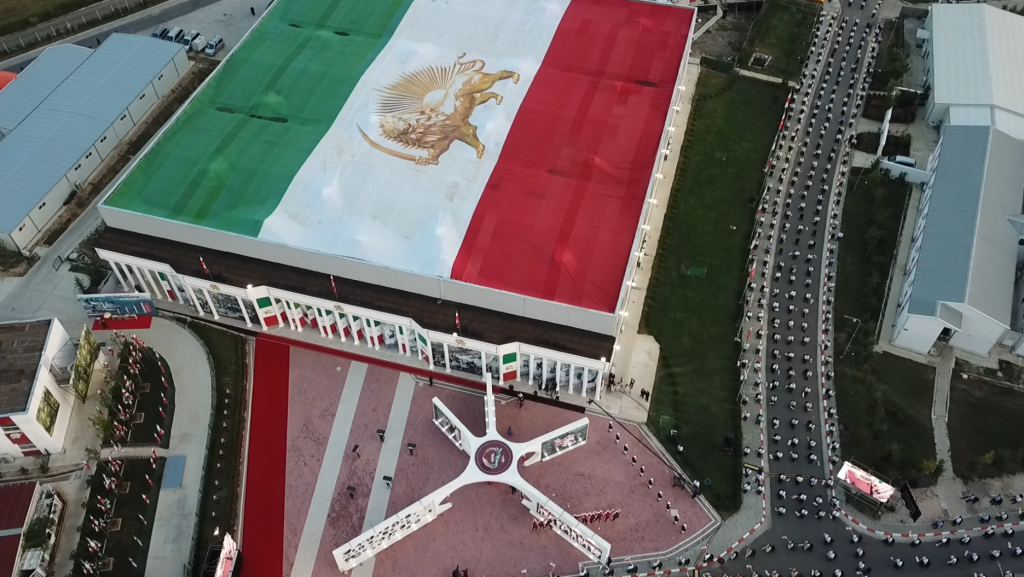 Since the immediate aftermath of the Iranian Revolution, there has been a viable alternative to the theocratic system, waiting to bring popular sovereignty to the country for the first time in its history. The democratic Resistance movement has been led for four decades by the People’s Mojahedin Organization of Iran (PMOI/MEK), which has weathered all of the regime’s attempts to either physically destroy the group or to destroy it credibility on the world stage.

This is not to say that those efforts have not had effects. In fact, it is safe to say that if Tehran had faced broader pushback in its efforts to crack down on dissent, the regime’s hold on power would have been very short-lived. But the regime has ultimately failed in annihilating the Iranian Resistance.

One of the first major crackdown took place in 1981 after the MEK organized a march in Tehran, to demand that the country turn away from the path of absolute clerical rule. Security forces quickly opened fire on that protest, killing indiscriminately and arresting people. The early instance of conflict between the regime and people established a pattern that would escalate for years afterward, and guide regime’s behavior right up to the present day.

The escalation reached its apex in 1988, when the regime was forced of accepting a ceasefire in the Iran-Iraq War and was looking for a way to control the restive and warn-torn society while tightening its tenuous grip on power. That summer, regime’s supreme leader Ruhollah Khomeini issued a fatwa that declared the MEK and its affiliates to be enemies of God, and thus subject to summary execution. The judiciary responded by assembling death commissions in prisons throughout the country, to interrogate political prisoners over their views and affiliations, then sentence those persisting on their ideals to death.

Over the course of several months, these death commissions oversaw the execution of over 30,000 political prisoners. Victims of the massacre included teenagers and pregnant women, as well as many inmates who had already concluded their legal sentences before being hauled before a tribunal and ordered to disavow their support of the MEK. But according to those who survived the massacre, those brave souls refused to comply, and went to martyrdom defiantly.

Although thousands of the MEK’s members and supporters were executed, the group not only survived but thrived in the years afterward. The Iranian Resistance ever since has been able of bringing together tens of thousands of Iranian expatriates every year for a rally in support of regime change, while also directing activist campaigns inside Iran.

Recently, MEK’s “Resistance Units” coordinated graffiti messages in a number of Iranian cities, to bring renewed public attention to the 1988 massacre and the need for its perpetrators to face accountability. This alone would be sufficient to mark the activists for death, as any affiliation with the MEK is still regarded as “enmity against God.” But during the entire month of July, the actions of the defiant youth periodically trended toward direct action, as with the burning of offices belonging to tyrannical authorities like the country’s “morality police.”

#Iran: Mujahedin-E Khalq (Mek) Supporters and Resistance Units Commemorate the Fallen Heroes of the #1988 Massacre.
In August 1988, more than 30,000 political prisoners, were massacred by the clerical regime.https://t.co/Riwu8n2XdM

These efforts at undermining government authority are a continuation of the work that began in earnest with a nationwide uprising at the beginning of 2018. Ever since the regime’s Supreme Leader Ali Khamenei acknowledged that the MEK was a major driving force behind that protest movement, he and other officials have been warning about its potential to secure an even firmer foothold in Iranian society.

This is a far cry from the typical regime propaganda that attempted to portray the MEK as a “cult” or a tiny “grouplet” lacking in meaningful support among the Iranian people. But unfortunately, the regime had managed to be steadfast in its promotion of that narrative for three decades beforehand, with consequences for Western policies toward both the regime and the Resistance. In other words, the regime has used the appeasement policy to pursue its domestic killings and demonizing campaign of the Resistance movement abroad.

After failing to destroy the MEK with the 1988 massacre, Tehran turned to a tireless campaign of disinformation and demonization, relying on an extensive, global network of lobbyists and apologists. Maryam Rajavi, NCRI’s President-elect, described the situation as such during an international conference called the Free Iran Global Summit in mid-July: “For 40 years, the mullahs have been viciously crucifying the PMOI/MEK and the Iranian Resistance, particularly [its founder] Massoud Rajavi, every day with the barrage of their lies and unfounded allegations, just like they killed and tortured our people and barbarically destroyed Iran.”

Massoud Rajavi founded the National Council of Resistance of #Iran in 1981, to prevent usurpation of the outcome of the sacrifices of martyrs, as it happened during the 1979 revolution, and to guarantee a democratic future for Iran. #FreeIran2020 https://t.co/hyxdH9LGAc

But the venue for those remarks also served to highlight the ways in which this campaign is losing its potency. The summit, organized by the NCRI, featured dozens of Western lawmakers and policy experts, all of whom have come to recognize Tehran’s obsession with the Resistance movement as a clear sign of its effectiveness.

This conclusion has been reaffirmed over the past two years and some months, as the 2018 uprising gave rise to a year of scattered local protests and ultimately to another, larger uprising in November 2019. These and similar developments inside Iranian society leave little question about the organizational strength or popular reach of the MEK, especially given that regime authorities have personally acknowledged to the MEK’s leading role in uprisings and setting the stage for more.

As Tehran’s warnings about new pro-democracy uprisings prove to be well-founded, the entire international community will surely find itself faced with the challenge or reevaluating its perception of the Iranian Resistance. For far too long, that perception has been largely shaped by Iranian propaganda or based on the western governments’ financial interests, which have aided mullahs’ in prolonging their lives, despite their origins as a desperate response to the failure of direct suppressive measures.

Iran’s current historical moment is an opportunity for the entire world to recognize the Iranian people’s right to Resistance and overthrow the Iranian regime. This will not only end decades-long human rights abuses by Tehran, but also ends mullahs’ terrorism abroad. Thus, making the world much safer.