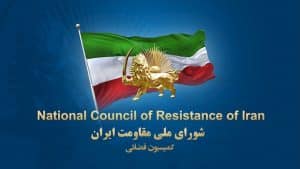 The Judiciary Committee of the National Council of Resistance of Iran published a summary of the statement concerning the role of an Iranian regime official, Hamid Noury (Abbasi) in the 1988 massacre of 30,000 political prisoners in Iran. Noury is currently in prison in Sweden awaiting trial for committing crimes against humanity. Abbasi is scheduled to go on trial sometime in March and many of the survivors will be providing testimony before the court. He will be prosecuted based on universal jurisdiction.

According to this report, several members and supporters of the People’s Mojahedin Organization of Iran (PMOI/MEK), who survived the massacre, provided virtual and written testimonies to the prosecutors in Sweden on the role played by Hamid Noury. These interviews with MEK members in Albania were conducted from November 7, 2020, and continued until November 16. In addition to the MEK members, several MEK supporters, who are also survivors of the 1988 massacre and reside in Europe also testified. The report by the NCRI Judiciary Committee contains excerpts of some of these testimonies.

In their testimonies, the survivors described in detail the role Noury had played in torturing them and other political prisoners. They also highlighted his role in sending hundreds of political prisoners to the gallows, in some instances personally calling their names and taking them to a large hall in Gohardasht Prison, in the suburb of the city of Karaj, west of Tehran, where they were all hanged. The survivors also testified that Noury rejoiced over the killings, occasionally handing out sweets after dozens of victims had been executed.

The witnesses underscored that all of them had been tried in kangaroo courts, each lasting two or three minutes, in which they were asked whether they sympathize with the MEK. Any prisoner who refused to denounce the organization was separated and later executed. The bodies of the victims were transferred out of prison in masse by trucks and buried in unmarked mass graves.

In addition to sharing their personal observations, the survivors provided the prosecutors with their books and writings about their observations during incarceration with a focus on the few months when the massacre took place. They emphasized that because in some prisons, all the detainees had been executed, no one survived to tell the world about what happened in those prisons.

The full text of the NCRI Judiciary Committee report can be accessed at this link.

Report of the Judicial Committee of the National Council of Resistance of Iran (No. 2)

Previous articleReport of the Judicial Committee of the National Council of Resistance of Iran (No. 2)
Next articleDespite Iran’s Denial, Evidence Confirm So-Called “Atheist Poet” Arefani Was MOIS Agent