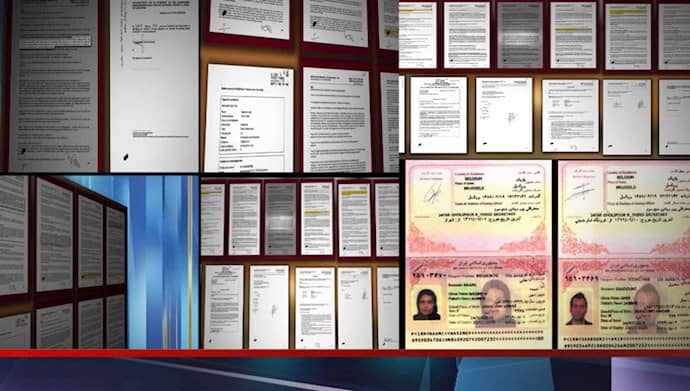 Despite the Iranian regime’s efforts to deny the participation of Mehrdad Arefani in the foiled bomb plot on the Iranian opposition in Villepinte, near Paris, in 2018, evidence confirmed his ties to the regime’s incarcerated diplomat-terrorist Assadollah Assadi and Iran’s Ministry of Intelligence and Security (MOIS).

The regime was trying to portray Arefani, one of four terrorists involved in the bomb plot, as an opposition supporter in order to justify the claim by Iran’s Foreign Minister Mohammad Javad Zarif that the terrorist operation near Paris was a “false flag operation.”

Assadi and the MOIS tried to hide Arefani’s connections to them. Arefani was ordered to deny having any relation with Assadi or the MOIS. The documents revealed during the terrorists’ trial in Antwerp, Belgium debunk Arefani’s claims and clarify the matter more.

The Iranian regime attempted to bomb the Iranian Resistance rally on June 30, 2018, in Villepinte, north of Paris. The mullahs’ diplomat-terrorist, Assadollah Assadi, delivered the bomb and instructions to two other terrorists, Amir Sadouni and his wife Nasimeh Naami, posing as Resistance supporters.

According to the indictment of the prosecutor of Antwerp, Arefani was Assadi’s main man on the ground, controlling Sadouni and Naami to carry out the operation. Arefani then had to report the result to Assadi.

On December 3, Arefani denied all relations with Assadi and the regime during the second day of the trial, pretending to be a “poet” who is an “atheist.” Yet, none of these alibies helped Arefani due to the damning evidence confirming his role as a paid MOIS agent.

There was an unsent message in the phone’s draft folder with one word: “OK.”

At the time of Assadollah Assadi’s arrest in Germany on July 1, 2018, he had a Nokia 105 phone with an Austrian SIM card with the number +436643691475, the same number that was on Arefani’s phone. On this phone, there was only one contact named A.HOD with the number 436543591456, which was the same Austrian phone number of Mehrdad Arefani at the time of his arrest. The two phones were prepared for certain communications about the bomb plot in Villepinte. 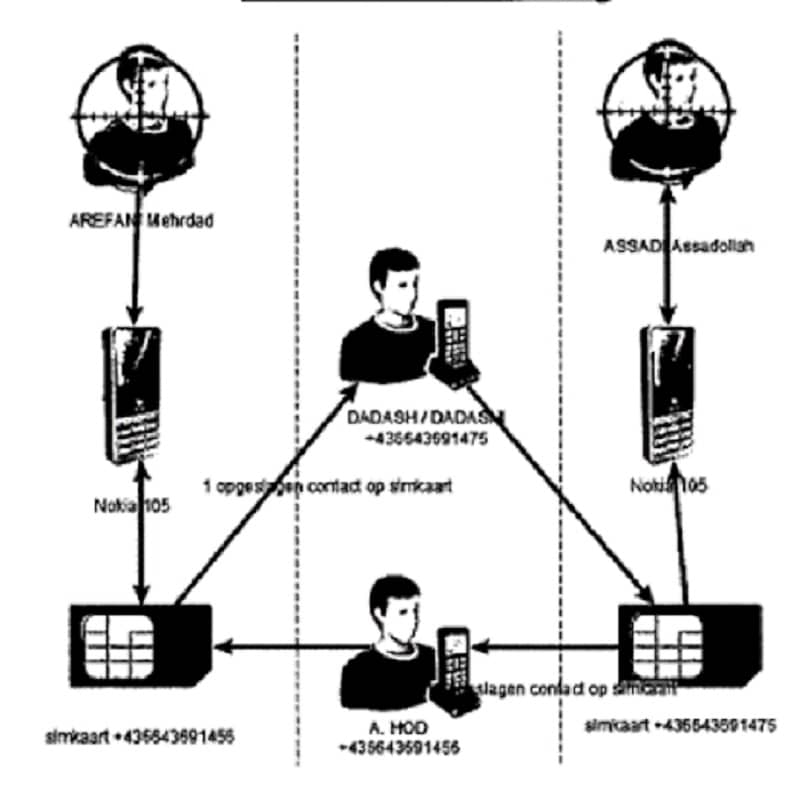 In addition to the Nokia 105, during a search of Mehrdad Arefani’s home, the Belgian police found an Alcatel telephone, which he used to communicate with Assadi. The phone had a British SIM, and its number was +447930124761. Only one number was saved in Arefani’s phone under the label “Dadash,” which is the Persian term for “brother,” which was 4367761797619. 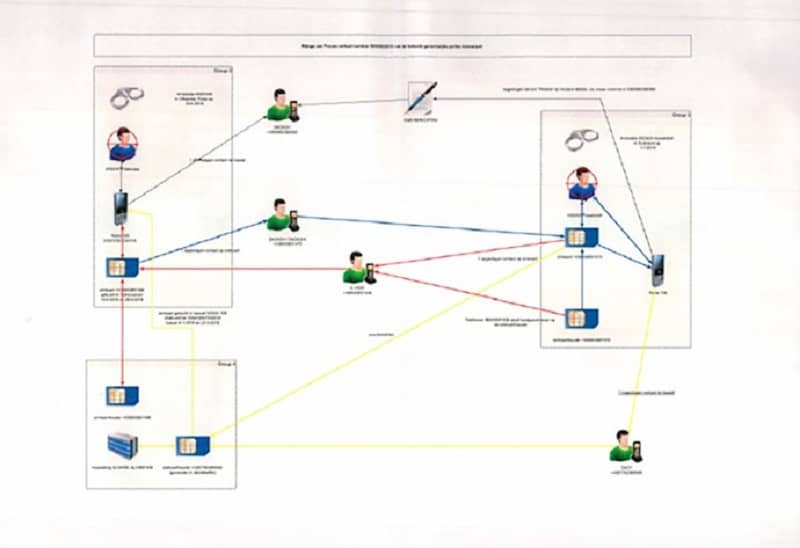 In Arefani’s house, some notes have been recorded in his handwriting. Arefani had recorded the Austrian telephone number of Assadi with the number 4367761797619.

The evidence also contains UK telephone numbers used by Mehrdad Arefani. He used British SIM cards in a calculated way, which, unlike other European countries, do not require an ID card to buy, and the identity of the SIM card holder is not registered. Thus, making it more difficult for the police to control it. 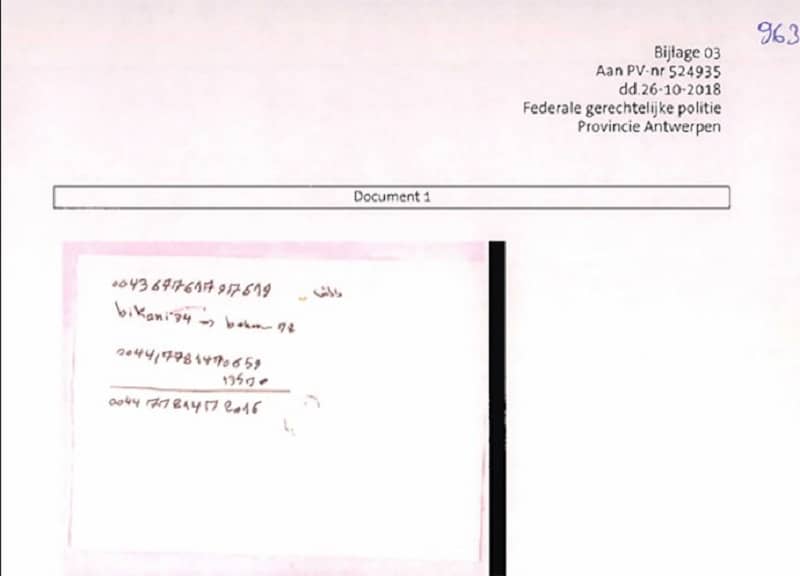 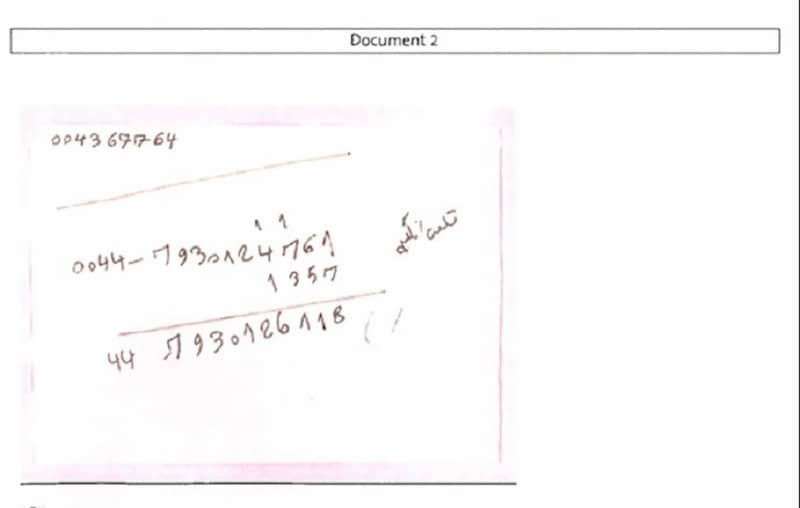 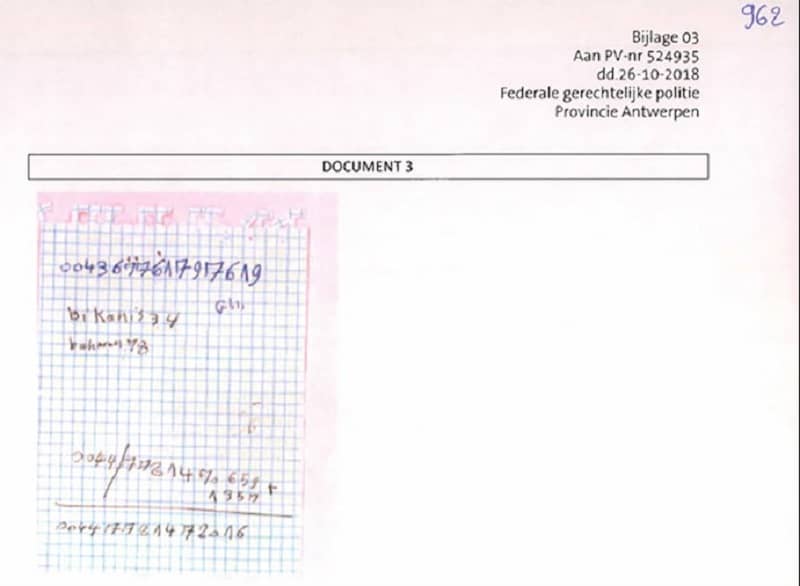 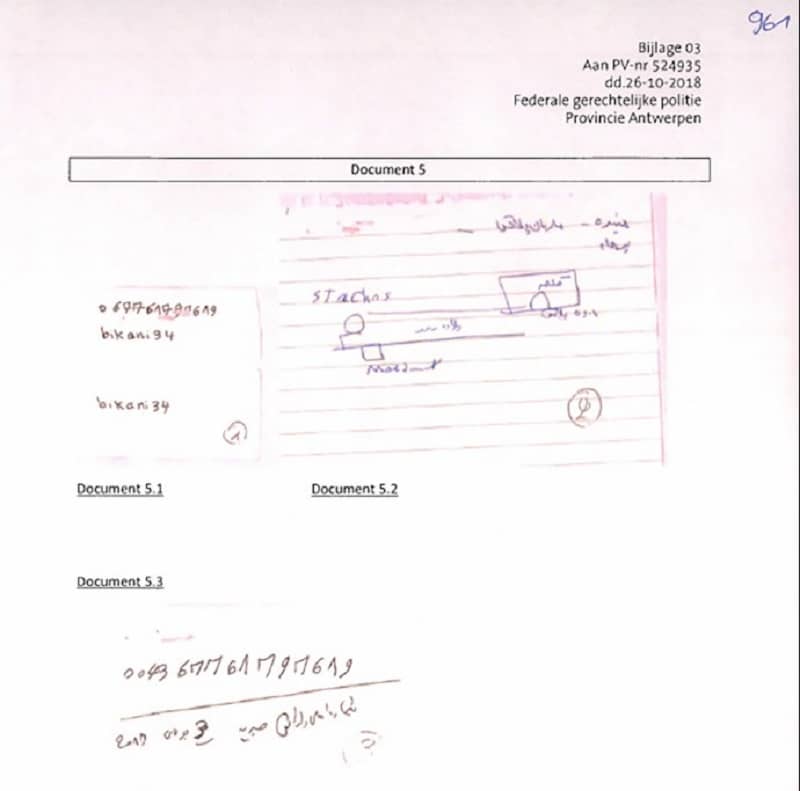 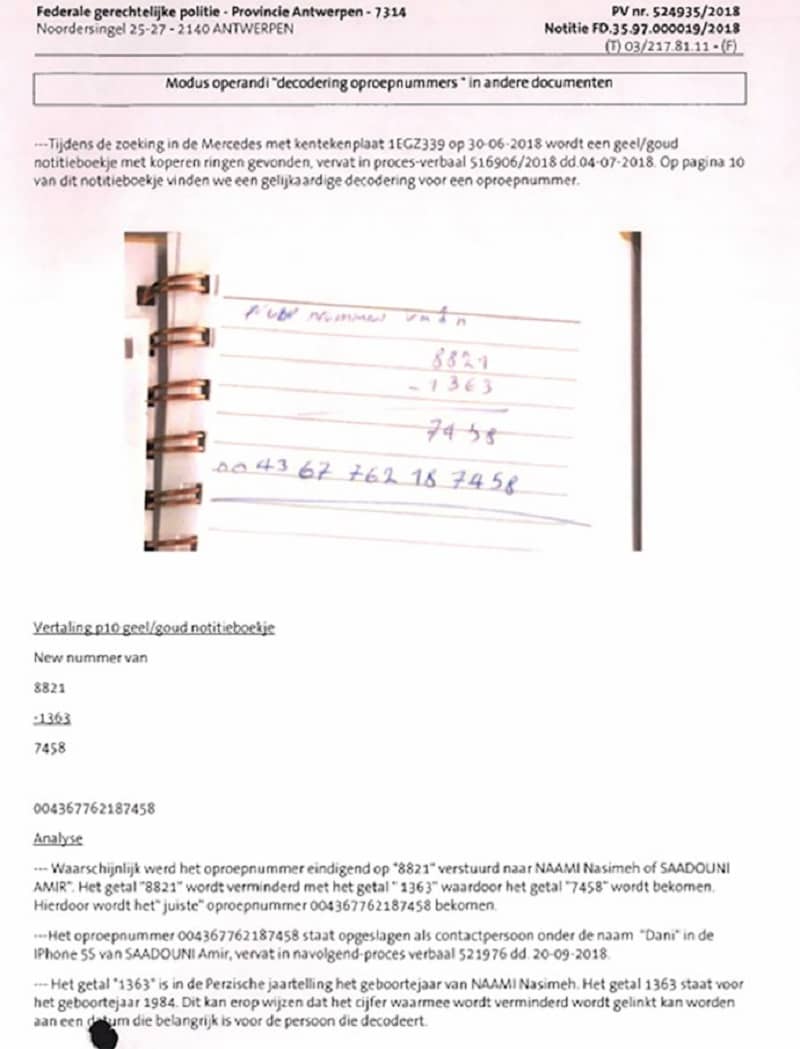 Sadouni had previously confessed that Assadi told Arefani to deny any connection to him (Assadi) and say that his Austrian phone number belonged to his brother.

Arefani’s lawyer later claimed that the phone Arefani had in his possession was to contact his “brother” in Austria. Meanwhile, Arefani had mentioned in his statement to the police he had not even seen his brother for a long time and did not have any good relations with him.

Sadouni also admitted that Mehrdad Arefani had bought a ticket to Turkey before the Villepinte gathering and intended to go to Turkey two days after the event and then Iran.

“Every time I lied to Assadi about the facts of the MEK events, somehow Assadi knew I was lying. Mehrdad was always present. No matter what. Therefore, I’m sure he was in contact with Assadi,” Sadouni stated in his confession to the police.

In addition to Arefani’s phone, the police found a USB flash at his home, with audio files containing information about the Resistance gathering in Villepinte.

Once asked about the audio files, Arefani said they were about “our organization in Villepinte, delivering food, water, who does what for during the travel. There is nothing special in these files.”

Arefani several times stated these files are not important. In answering why then he recorded these files, he claimed, “sometimes we record important events and play it for those coming from far away, keeping them in our archive.”

Reminding him of his contradictory remarks, Belgian police told Arefani: “At first, you tell us that it is for missing people, but they never received these files. Then you tell us these conversations are not important, and finally, you say, you did it for yourself, then listen to them again. Don’t you find your actions and responses strange?”

“I just wanted to memorize it and then listen to it again. In general, I want to listen to any discussion two or three times, especially when it comes to political analysis,” Arefani answers.

Arefani then claimed these files were not political analysis and were about the gathering’s organization.

The authorities also asked him: “Does access to these files currently on your USB drive not allow the Iranian regime to recognize the organization of the Villepinte gathering, for example, to better prepare for an attack? Do you not think that these arguments can allow a saboteur to easily bring explosives to the Villepinte parking lot?”
In response, Arefani said no.

All the regime’s embassies should be closed, and the EU should expel all MOIS agents under any pretext. The EU should blacklist the regime’s authorities involved in this bomb plot, particularly Zarif, who provided diplomatic privileges to Assadi for carrying out this operation and tried to whitewash the crime, the regime’s Supreme Leader, Ali Khamenei, and President Hassan Rouhani.

Previous articleNCRI Judiciary Committee Publishes Report on Atrocities by an Iranian Regime Official Being Prosecuted for Crimes Against Humanity
Next articleExecution of Baluchi Prisoner in Iran: The Regime Will Continue Human Rights Violations Unless Held Accountable

On Friday, a group of British lawmakers issued a statement on behalf of the International Committee of Parliamentarians for a Democratic Iran, in which...
Read more
Iran News Now

On February 9, 2021, Mahmoud Alavi, the Iranian regime’s Minister of Intelligence and Security, acknowledged in an unprecedented fashion that the mullahs are seeking...
Read more