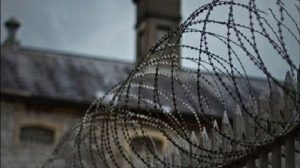 Call on the UN to take urgent action to secure the release of prisoners, especially political prisoners until the end of the Pandemic

At least seven prisoners have died in Evin Prison in Tehran due to COVID-19 since November 21, 2020. But on the regime’s Judiciary’s orders, the Prison’s Organization and Evin Prison’s warden are trying to conceal this development.

The dead were in wards seven and eight. According to reports, four of the victims died in the quarantine section of Evin Prison’s ward eight (where inmates with financial charges are being held), and the other three died in ward seven, where mostly political prisoners are being held. The number of victims might exceed this figure.

On November 22, after prisoners saw the dead bodies, Evin phone service was cut off for a few hours to prevent the inmates from spreading the news of the deaths outside.

In another development, today, several bus-loads of prisoners from ward eight were taken to the Greater Tehran Prison (Fashafuyeh). It is suspected that the reason for the transfer is the spread of COVID-19 to Evin Prison. This may result in the virus spreading to Fashafuyeh Prison as well.

Last month, four prisoners in Evin’s ward four tested positive for the virus. At the time, the prison’s clinic had told the ill patients, “We will not test you for COVID-19 because it is obvious that your tests are going to be positive. So, go to your ward and rest.”

The Iranian Resistance again warns about the appalling conditions of Iranian prions and the outbreak of a humanitarian catastrophe, especially at the peak of the Coronavirus Pandemic. It urges the United Nations Secretary-General, the High Commissioner for Human Rights, the Human Rights Council, and all human rights organizations to take urgent action to save the lives of prisoners, especially political prisoners. The prisoners must be released at least until the end of the Pandemic. The Iranian Resistance also calls for the urgent dispatch of an international fact-finding mission to Iran to visit the prisons and meet the prisoners, especially political prisoners.