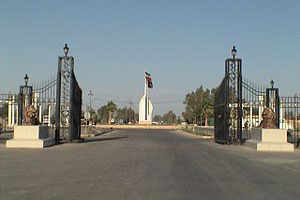 During this criminal attack that was done on Maliki’s order and was carried out by criminal Swat force and several battalions that are under Maliki regime, scores of PMOI members were wounded and are in critical conditions and a number have also been taken hostage.

The Iranian Resistance calls for immediate dispatch of delegations from the US and the UN to Ashraf to prevent continuation of massacre and saving the lives of the wounded.

Secretariat of the National Council of Resistance of Iran
September 1, 2013