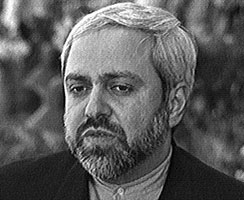 On Sunday September 8, Mohammad Javad Zarif, the Iranian regime’s Foreign Minister will arrive in Baghdad. This follows the August 27th visit by Qasem Soleimani, commander of the terrorist Quds Force to Baghdad, and similar to that visit, aims at 2 issues: Syria and the People’s Mojahedin Organization of Iran (PMOI/MEK).

Zarif has been tasked by Khamenei to make the government of Iraq, on one hand, to fully support Bashar al-Assad in case of a possible strike by the U.S., and on the other hand, express gratitude for the massacre and group execution at Camp Ashraf on September 1st while demanding more pressure and restrictions against PMOI (MEK).

In the past several days, leaders of the mullahs’ regime praised that criminal operation and massacre of Mojahedin. On September 6th, mullah Khatami, a member of Council of Experts and Tehran’s Friday Prayer Leader said: “I thank and appreciate the courageous children of Iraq who attacked PMOI (MEK) at Camp Ashraf. It was a great job…. Seventy of PMOI’s leaders were killed in that operation…. That was the hand of God taking revenge by the courageous children of Iraq.”

Similarly, on September 3, Qasem Suleimani, commander of the terrorist Quds Force reported to the Council of Experts that: “More than 50 of them were killed, many of whom were leaders of the PMOI, and 10 people are missing. And this was more important than the ‘Mersad’ operations [the largest military operation by the regime against the PMOI in 1988], and in fact, the will of God materialized.” He reiterated the continuation of crime against humanity in Syria and said: “We will support Syria to the end…. We do not pay attention to enemy’s propaganda, because Syria is the front line of resistance.”

Secretariat of the National Council of Resistance of Iran,
September 7, 2013

Previous articleWe wring our hands over Syria, but not the massacre of 52 Iranians
Next articleIran: Three prisoners hanged in Rasht