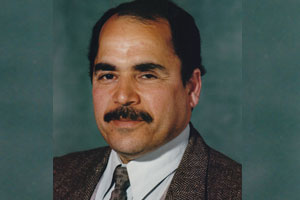 Passing away of Asghar Sharifi, one of those injured in June 2013 rocket attack on Camp Liberty
NCRI – At noon Friday, January 30, Mr. Asghar Sharifi, a veteran official of People’s Mojahedin Organization of Iran (PMOI/MEK) and a member of the National Council of Resistance of Iran (NCRI) with 45 years of political experience, a political prisoner under the Shah, and an oil engineer who had been severely injured in the head and neck during the 15 June 2013 rocket attack, passed away in a hospital in Albania. Following the rocket attack, he was transferred to a Baghdad hospital, but Iraqi physicians stated that removal of shrapnel from his skull was not possible.

As such, he suffered from severe and continuous headaches. After one month and following much effort, he was transferred to Albania where he received medical treatment.The condition of Mr. Asghar Sharifi deteriorated in early January 2015 due to the injury and the effect of the shrapnel and he was once again hospitalized in a hospital in Tirana. Finally, after 25 days in coma, he passed away. 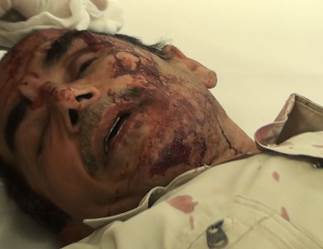 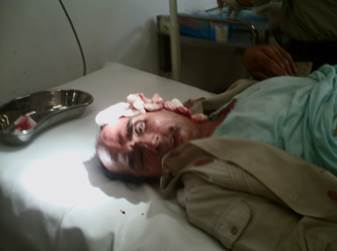 Mr. Sharifi was born in 1949 and joined the PMOI in 1971. He was arrested in 1974 by the SAVAK (Shah’s secret police) and went under torture spending 3.5 years in prison. After the anti-monarchial revolution, he became the head of the department for studies and cooperation with the press at the Ministry of Culture and Islamic Guidance in Bazargan’s administration. However, a few months later, he quit this ministry in protest to the suppression of freedoms.

Four days after the rocket attack, he protested to the UN High Commissioner for Human Rights about the silence regarding rocket attacks on Camp Liberty and wrote: UNAMI monitors continuously refer to our places and take pictures for no apparent reason.

“They came to our dining hall several times and took photos from inside and outside of the hall. We do not know what he needed those photos for, but unfortunately the hall was hit by rockets and we were injured there…

We urge you condemn this criminal act, which is considered a crime against humanity and call for an impartial, independent and urgent investigation on this criminal act. Do not allow the Iranian regime and Iraqi Government to use your silence for the continuation of their crimes”.

Mrs. Maryam Rajavi, President-elect of the Iranian Resistance, offered her condolences on the passing away of Mr. Asghar Sharifi to his family and children, as well as all residents of Camp Liberty and the people and the youth of the city of Qom, his birthplace. She once again reminded the United States and the United Nations of their duties and their repeated and written commitments regarding the security and well being of Liberty residents and called for immediate measures to prevent further human casualties.

Secretariat of the National Council of Resistance of Iran
January 30, 2015