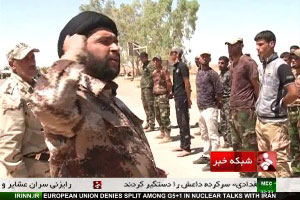 In recent days, Hadi Ameri has taken a large group of technicians from the Ministry of Transportation to Camp Ashraf to prepare the remaining vehicles there for transfer to Baghdad.

According to eyewitness reports, during July 12-14, a total of 39 Toyota Land Cruisers and pickups, four loaders, one flatbed truck, and one tipper truck have been transferred to Baghdad.

Moreover, Ameri has given one loader and one grader that belong to the residents to the Tigris Operations Command.

Stealing property in Camp Ashraf by Hadi Ameri is not limited to vehicles. In the recent days, at least four water tankers that belong to the residents have been taken out of Camp Ashraf.  A Badr Organization official in Diyala Province, Sadeq al-Husseini, the official responsible for security in the provincial council with a grisly record in murders and plunder, has stolen a large number of the air conditioners from Camp Ashraf.

A statement by the National Council of Resistance of Iran (NCRI) on June 27 stated: “Hadi Ameri, commander of Badr Organization, has ordered forces under his command to steal all Jeep Land Cruisers belonging to PMOI (MEK) at Ashraf, which amount to over 400. Hadi Ameri has said that he needs the vehicles to once again form the Badr divisions.”

The NCRI Secretariat had stipulated that in addition to stealing the vehicles, “Hadi Ameri has ordered his agents to break the locks on warehouses. The warehouses were protected by three locks when members of the People’s Mojahedin Organization (PMOI/MEK) departed from Camp Asharf. UNAMI holds a set of key to one series of locks, while Iraqi police and the residents each hold the keys to the rest”. The plunder of residents’ property is coordinated between the prime ministry group, Commander of Diyala Police and commander of crime against humanity in Ashraf on September 1, 2013 Major General Jamil, Hadi Ameri, and Commander of Tigris Operations Abdulamir Zaydi. They have coordinated to steal all the property in Ashraf and then portray as if ISIS has plundered the property to keep Maliki’s government from any responsibility.

On July 19, 2014, Iranian regime’s News Network TV channel broadcasted a report about the presence of Badr Organization elements, including Sadeq Husseini, in Camp Ashraf. The reporter said: “We meet Seyyed Sadeq, head of the Security Committee of Diyala Province provincial council, in Camp Ashraf to go to the warfront with him.” (See attached photo)

In view of the quadripartite (United Nations, United States, Iraqi government, and Ashraf residents) agreement regarding the protection of residents’ property by Government of Iraq, considering the plan of September 5, 2013 by UNAMI and the U.S. Embassy for the transfer of the last group of residents from Ashraf to Camp Liberty, and given the letter of September 6, 2013 by the U.S. Assistant Secretary of State to Mrs. Rajavi, the Iranian Resistance calls on the UN Secretary-General and the U.S. Secretary of State to take immediate steps to prevent further plunder of the residents’ properties in Ashraf and to return the stolen property.

Plundering property in Ashraf – No. 5