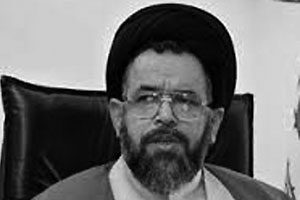 NCRI – The Iranian regime’s Minister of Intelligence denied on Sunday that the seven Camp Ashraf residents abducted during the September 1 massacre at the camp have been transferred to Iran.

His remarks clearly confirms that the seven Camp Ashraf hostages are being held in Iraq.

The spokesman for the Iraqi Ministry of Human Rights confirmed on Thursday and the hostages are being held in Iraq.

The Iraqi Beladi TV, official TV of the ruling coalition in Iraq also reported on Saturday that the hostage are in Iraq.

The Iranian Resistance had revealed earlier that the seven Camp Ashraf hostages are being held in a prison in Baghdad Airport area by Nouri al-Maliki’s “Dirty Division” and so-called “combating terrorism apparatus.”