Call to save the life of a Kurdish political prisoner 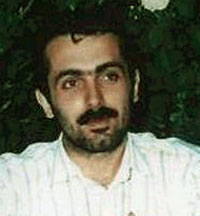 He who was a student of industrial engineering at Ilam University was arrested in October 2007 in the city of Sanandaj. He was savagely tortured by mullahs’ MOIS henchmen.

In a kangaroo trial by a clerical regime’s court which lasted only a few minutes, he was condemned to death for “acting against the national security and the system” and on charge of “Mohareb and corrupter of earth”.

Iranian Resistance calls on international bodies and human rights organizations to condemn the execution of political prisoners and urges immediate action to halt the execution of Mr. Habibollah Latifi.

Secretariat of the National Council of Resistance of Iran
December 25, 2010