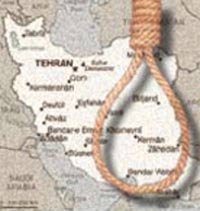 According to the Iranian regime’s state media, in the first eight months of 2011 alone, 206 prisoners have been executed. At the same time, at least 228 people have been secretly executed.

Simultaneous with arbitrary executions, the religious fascism ruling Iran has started mass arrests in various regions of the country.

In recent days, a large number of youths in Tehran, Mashhad, Rasht, and Hamedan have also been arrested under the ridiculous excuse of “Water Play and breaking the Norm.”

In addition to these arrests which took place under the pretext of social crimes, hundreds of protestors in the uprising of the courageous people of Tabriz and Orumieh, and those attack by suppressive forces on the Gonabad Dervishes in Kavar, in Fars Province, have been arrested.

The clerical regime’s goal of increased repression and executions is to prevent flaring of the uprising and upsurge of public protests.

In this situation, the internal conflicts of the regime of Velayat-Faqi (absolute clerical rule) and fall of Qaddafi’s regime, as well as uprising of the Syrian people, put the overthrow of the clerical regime in perspective more than ever.

The Iranian Resistance urges the UN Security Council, Secretary General, High Commissioner for Human Rights, and all other international agencies concerned, to take urgent measures to stop this unleashed barbarism and horrible and systematic human rights violations, and it further calls for comprehensive sanctions against the clerical regime.