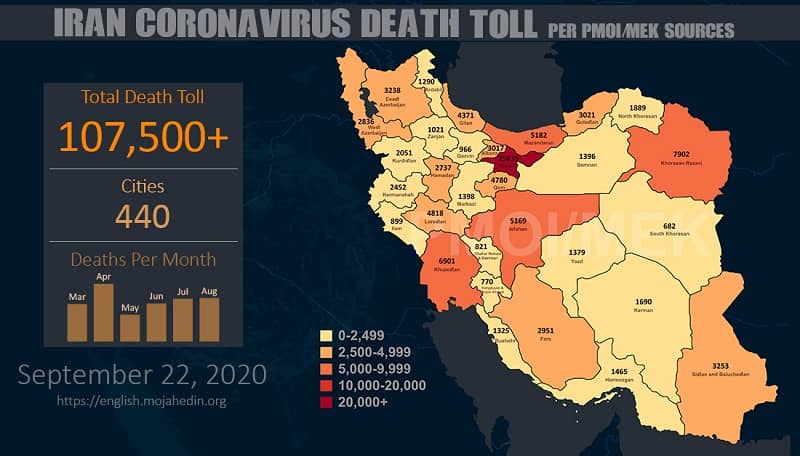 Secretariat of the National Council of Resistance of Iran (NCRI)
September 22, 2020