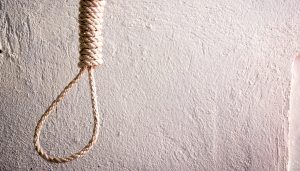 Call for immediate action to stop executions, and submission of the dossier of human rights abuses in Iran to the UN Security Council

On the morning of Thursday, October 29, the inhumane clerical regime in Iran executed four prisoners in Urmia (northwest Iran) prison. These prisoners were transferred to solitary confinement yesterday in preparation for the execution. One of the prisoners had attempted suicide the day before by slitting his wrist and was in critical physical condition during the execution. His execution was a violation of all the existing international laws and standards.

The clerical regime’s objective for these criminal executions is to instill an atmosphere of terror and fear and to prevent the spread of popular protests. The Iranian Resistance calls upon the United Nations Secretary General, the High Commissioner for Human Rights, the Human Rights Council, relevant special rapporteurs and all international human rights organizations to immediately act to stop torture and executions in Iran and to submit the dossier of the Iranian regime’s cruel and systematic human rights violations to the UN Security Council. The Iranian Resistance once again emphasizes that an international investigative mission must be established to visit prisons in Iran and meet with prisoners.

Secretariat of the National Council of Resistance of Iran (NCRI)
October 29, 2020

Saeed Namaki, regime’s Health Minister: We are playing chess with the Coronavirus. We are making decisions on it every minute of the day....
Read more
Statements: Human Rights

Saeed Namaki, regime’s Health Minister: Given the spread of COVID-19 this year, we do not at all foresee a calm Nowruz (Persian New...
Read more
Statements: Human Rights