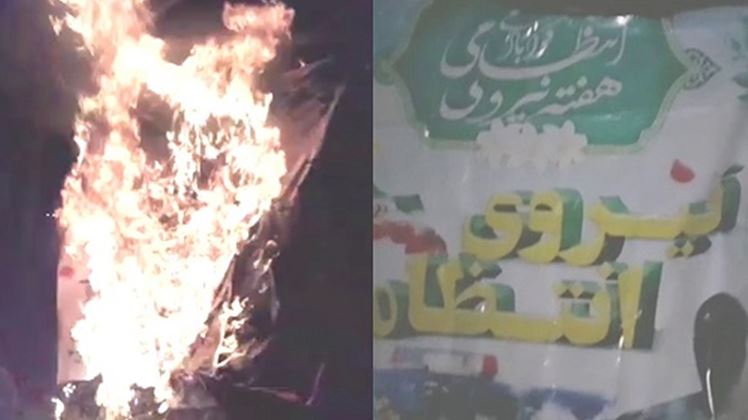 On Friday morning, October 9, 2020, in response to torturing and humiliating the young people in public and driving them around the city, the defiant youth targeted the criminal mullahs’ Judiciary headquarters in Joghatay, Khorasan Razavi Province. At the same time, three centers of the repressive Basij forces in Isfahan were targeted, and their entrances and signs were set on fire.

The people and youth in the region welcomed the targeting of these centers, which have played a significant role in repression and intimidation.

Secretariat of the National Council of Resistance of Iran (NCRI)
October 10, 2020