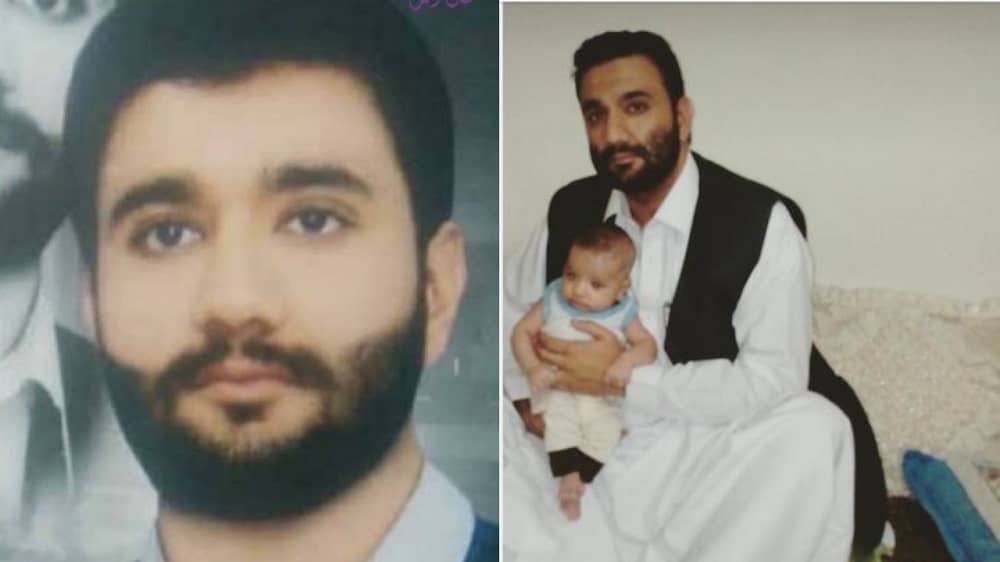 The henchmen of the clerical regime executed the 38-year-old political prisoner Ayoub Rigi in Zahedan Central Prison on Saturday, December 24. Ayoub Rigi was imprisoned for more than 7 years in the torture centers of IRGC Intelligence, Ministry of Intelligence, Zahedan Prison, and Zabul Prison.

He was arrested for the first time in 2010 and released on heavy bail a few years later. In prison, he continued to expose the crimes of the regime and send out reports about them. Collecting the names and details of those sentenced to death, especially children, and the tortures of political prisoners were among them. Together with a number of other prisoners, he signed statements condemning the regime and its criminal attacks on Camp Liberty in Iraq and sent them outside the prison. Because of his activities, he was transferred to solitary confinement many times and subjected to mistreatment and persecution.

In a raid by IRGC in 2018, Ayoub was wounded, and his nephew Elias Rigi was killed. Ayoub managed to escape from the siege. In September 2019, while he was suffering from his injuries, he was arrested and taken to the IRGC intelligence torture center and subjected to torture. After 40 months of torture, Ayoub was hanged in revenge for the killing of a number of IRGC agents.

The Iranian Resistance once again emphasizes the need for immediate action by the United Nations and the European Union and its member state to make the regime stop executions and pave the way for the international fact-finding mission to visit prisons in Iran and meet with the prisoners, especially the political prisoners. The clerical regime, which is a disgrace to humanity, must be rejected by the world community and its leaders must be brought to justice for four decades of genocide and crimes against humanity.