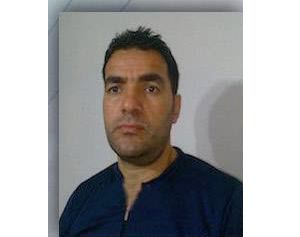 The Iranian Resistance calls on the international community and human rights defenders to condemn the criminal execution of dervish, political prisoner Fardin Hosseini. His secret execution in Kermanshah’s prison on January 21 as Rouhani, the demagogue president of the Iranian regime, was about to travel to Italy, Vatican and France makes Rouhani’s visit all the more illegitimate and makes holding Rouhani accountable for the severe violation of human rights twofold necessary. The execution of over 2200 prisoners, including followers of various religions and faiths, is part of the infamous dossier of Rouhani’s two and a half years presidency. Rouhani, along with other leaders of this regime, should face justice for all their crimes, particularly for crime against humanity for the execution of 120,000 political prisoners.

Mr. Fardin Hosseini was constantly under torture and interrogations in intelligence ministry cells and medieval prisons in Qom, Dieselabad of Kermanshah, and Gohardasht (Rajai Shahr). The henchmen also arrested his family and harassed them to extract forced confession from him.

He wrote In a letter to Amnesty International and the Special Rapporteur on the situation of human rights in Iran in June 2015: I was numerously pressured by my torturers that if I accept the charges brought against me during my interrogation and if I confess and accept the fictitious charges in the courts, they would pay a large sum of money to me and my children and they can relocate me to any place in the world that I want and that I will be protected… all this calamity was solely for my beliefs.

Time and again he asked for an open court with the participation of the media, but the Iranian regime never accepted his request.

Iranian regime’s judiciary had accused Mr. Fardin Hosseini of killing Mullah Sabaei, the former Friday prayer imam of Savejbolaq, in mid June 2007 but he repeatedly denied the allegations. Sabaei working under Mullah Mohammadi Gilani’s supervision was involved in issuing death verdicts and massacring prisoners in executions of political prisoners in 1981.

Secretariat of the National Council of Resistance of Iran
January 26, 2016