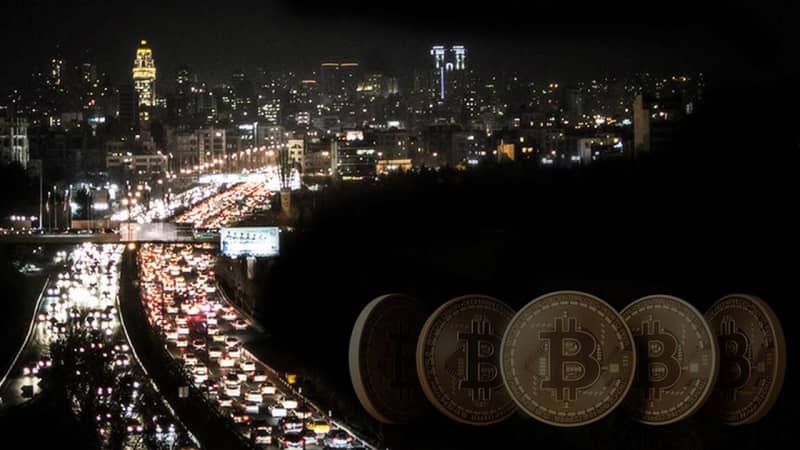 While Iran sits on an ocean of oil and gas, the clerical regime’s plundering policies have resulted in power outages, afflicting the Iranian people with enormous suffering during the coldest days of the year. Power outages, occurring for some time in some parts of the country, has affected vast areas, including Tehran, Gilan, Karaj, Arak, Isfahan, Khuzestan, Semnan, Qom, Ardabil, and elsewhere since Tuesday, January 12, 2021.

Terrified of the reaction by the outraged public, the clerical regime has resorted to deception and contradictory excuses. According to Tasnim news agency, yesterday, the spokesman for the electricity industry declared the “shortage of fuel for power plants” as the reason for the outages, and the Ministry of Energy brazenly blamed the people for that. According to the state-run daily, Shargh, quoting the Ministry, “‘Due to the increase in electricity and gas consumption in the domestic and commercial sectors and the limitation of fuel delivered to several power plants, scattered blackouts have been imposed.’ In this statement, citizens are asked to participate in consumption management by reducing the temperature at their homes and workplaces by at least one or two degrees…. But a spokesman for the National Gas Company denied that the main cause of the power outage had been a shortage of gas.”

At the same time, Aftab-e Yazd daily quoted the Director-General of International Affairs for the Ministry of Energy, as saying, yesterday, “A factor that has increased electricity consumption is the illegal mining centers (bitcoin or digital currency), and we have identified about 1,600 illegal centers so far.” Aftab-e Yazd blamed the “unauthorized use of municipal electricity for mining Cryptocurrencies” and the “activity of Chinese miners” as the cause of the power outages.

The Revolutionary Guards and Khamenei-affiliated institutions have acquired thousands of Bitcoin miners into the country for Cryptocurrency Mining and are making huge profits by using free or cheap electricity or dedicating the resources of power plants owned by the IRGC to this job.

In another development, noting that some power plants including, “Raja’i and Montazer-e Qaem use Mazut (Black-oil) instead of gas-fuel,” the Deputy Director of the Cryptocurrency and Blockchain for Online Businesses told E’temad daily, yesterday, “The problem of winter electricity outages is due to mismanagement. The debt of the Ministry of Energy to power plants is estimated at about 500,000 billion rials. Due to some problems, including the Ministry of Energy’s unpaid debts, the power plants have not been able to carry out proper maintenance. With this trend, we will have the same problems in the summer as well. The produced power must always be greater than the consumption, and because the consumption is now approaching the production thresholds, we suffer blackouts to compensate for the production shortages.”

Despite these contradictory statements, the reason for the power outages is the plundering policies of the regime and its leaders, the Revolutionary Guards, and institutions affiliated with Khamenei. The corrupt and criminal regime that sends workers and laborers to the Coronavirus killing field, refuses to buy vaccines, leaves people in deprived areas defenseless against floods and earthquakes, and invests the Iranian people’s wealth in the unpatriotic nuclear, ballistic missiles, and terrorist projects. These are of the pillars of the policies of the clerical regime, which only thinks about its own survival, and whose leader disregards the lives and health of the people.

Secretariat of the National Council of Resistance of Iran (NCRI)
January 14, 2021