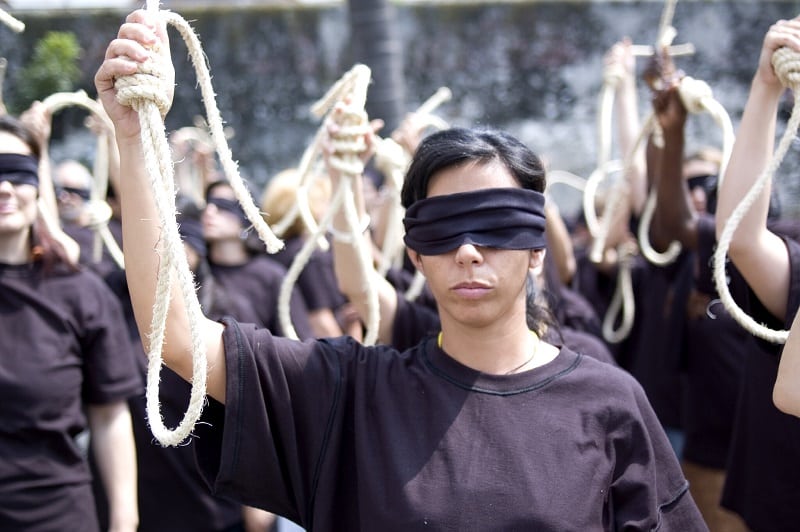 Three prisoners, including two brothers, Behnam Gholam-Ali and Abbas Khargir, and another prisoner, Mohsen Jandaghi (after 20 years in prison), were hanged in Gohardasht Prison in Karaj on Wednesday, March 16.

Two prisoners, Peyman Babakhani and Mir-Ali Hosseini, were executed in Urmia Central Prison, and an imprisoned soldier, Mohammad Bozorgzadeh, 22, from Yasuj, was executed in Bushehr Prison on Tuesday, March 15.

Four prisoners were hanged in Adelabad Prison in Shiraz. Two of them were Hossein Mehrabani, 37, from Jahrom, and Jamshid Fadaei on Sunday, March 13. On the same day, a Baluch prisoner, Hafizollah Rakhshani, 30, from Zahedan, was hanged in Zahedan Prison after six years in prison.

A Baluch prisoner Alam Yarahmadzehi, 48, was executed in Khash Prison on Saturday, March 12.

At least 355 prisoners have been executed since the beginning of the current Iranian calendar, which ends on March 21, 2022. By appointing Ebrahim Raisi, the chief executioner, and increasing executions, Khamenei is trying to create an atmosphere of intimidation to prevent popular uprisings and stem growing social protests due to deteriorating living conditions.

The Iranian Resistance urges the United Nations Secretary-General, the UN Human Rights Council, the UN High Commissioner for Human Rights, and other relevant UN bodies and international human rights organizations to condemn these criminal executions and take immediate action to save the lives of death row prisoners.