After 13 Days of Silence, Khamenei Acknowledged Continuation of Uprising, and PMOI as the Organizer of It 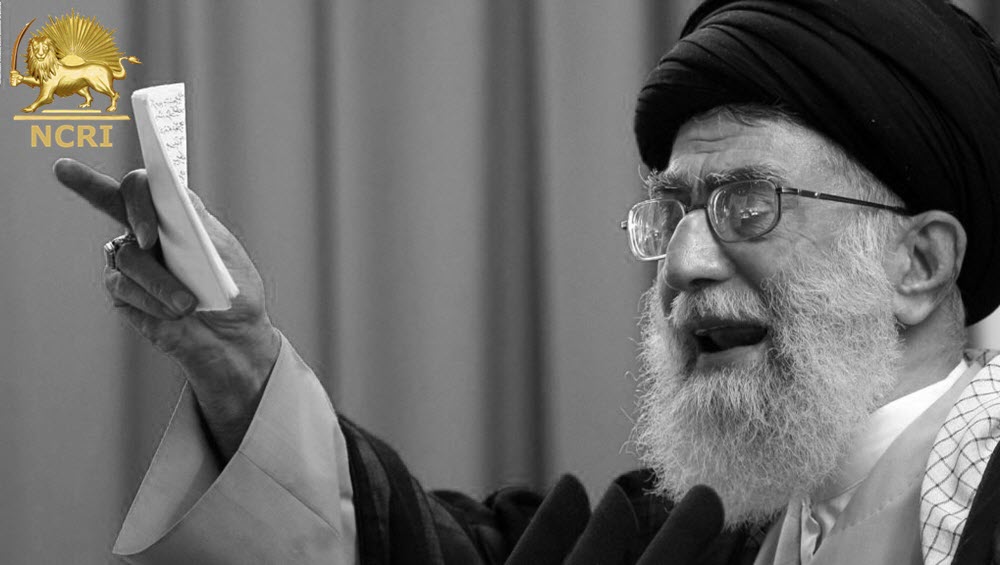 Khamenei: PMOI had organized (the uprising) since a few months ago, they selected some people inside the country; they were also the ones who called on the people to make the people follow them

After a deadly and lengthy silence, Khamenei showed up on the thirteenth day of the uprising, and acknowledged the continuation of the uprising. He showed his fear of the anger of people and, with an inverse tone, underscored the fact that the Iranian Resistance and the PMOI are the alternative to his regime. The regime and its media claimed that Khamenei had spoken to the people of Qom, whereas he was addressing a group of government clerics and selected agents. The slogan of the people of Qom, like the rest of the people throughout Iran, has been nothing but “Death to Khamenei” and “Feel shame Khamenei, let go of the country”.

Khamenei also said that the PMOI “had been ready since months ago … since several months ago (they were ready) to organize, and meet this person and that; and to select some people inside the country, find them and help them, so they would come and call on the people. They announced their call, and made the slogan “No to high prices”. Well, this is a slogan that everyone likes. They managed to attract some people with this slogan. And then, they could come to the scene and pursue their goals, and make the people follow them”.

He called the widespread uprising in 131 cities and all provinces in the country as “fireworks and devious work”. However, he inevitably had to acknowledge the continuation of the uprising. Referring to the protesters, he said, “The enemies’ agents will not give up”. This is at a time when Jafari, the IRGC commander, had announced a week ago that the uprising had ended, and Rouhani had told the Turkish president that the unrest would end in two days.

While admitting to the critical situation in the country, Khamenei tried to portray them as insignificant. Scared of the people’s anger of the corrupt ruling system that has plundered tens of billions of the people’s assets, he, who is the greatest thief in Iran’s history, said: “Troublesome funds or some of the troublesome financial institutions, some of the troublesome organs” have dissatisfied some people. “Those popular demands or popular appeals or popular protests have always existed in this country, and they exist now too. … Nobody opposes them either. These words should be taken into consideration and should be heard, and they should be responded to as much as possible. “

The ruling mullahs must learn from their predecessors that these excuses do not work anymore. The only option is what the Iranian people are crying out with all their power: “Feel shame Khamenei, let go of the country”; otherwise, the people of Iran will send him and his criminal rule to the trash bin of history forever.