The Threat of Social Media to the Iranian Regime 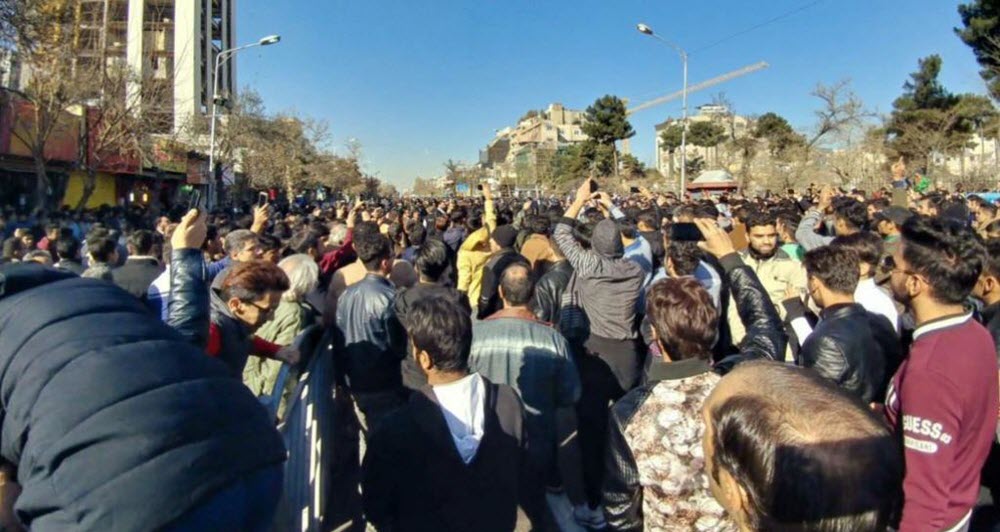 NCRI – To organise the ongoing protests and anti-government demonstrations in Iran, the people have been using social media. It has enabled the people to arrange protests and to share information.

The most popular application that is used is called Telegram and it has been said that more than 50 percent of the population has used it. It is a messaging application that is simple to use and the people can share videos and information. The service is encrypted.

However, faced with the threat of the people, the Iranian regime is taking great pains to hamper the ability of the people to protest and rally, and it is planning to replace Telegram and other such applications with ones that it can censor in the way it wants.

It is quite remarkable that the Iranian people have been able to coordinate their protests in the way that they have. It just goes to show, not just the power of the people, but also the extent of their anger and how deeply engrained it is all across the country.

During Friday prayers last week, a leading cleric, Mullah Ahmad Khatami admitted the role of social media and applications such as Telegram, saying that “cyberspace (…) was kindling the fire of the battle”. He said: “It was cyberspace that every moment said where protesters were gathering, and what slogans they were chanting.”

Social media has always been a great threat to the Iranian regime and it was in 2009 that it saw its power in action. With information, images, videos and messages shared on social media during the protests, the world could really see what was happening inside the country. The people were angry following the presidential election and they used all means possible to make their voices heard. Facebook and Twitter were two of the most popular platforms at that time and when the uprising had settled down the Iranian regime banned both.

So it is clear to see why the Iranian regime is keen to prevent the people from using the internet. The people are used to this kind of suppression. Over the years, the regime has taken, or tried to take, more control over the private lives of the people.

The regime, however, underestimates the Iranian population which is largely young. Like elsewhere in the world, Iranians are very attached to their smartphones, despite the extreme poverty, and they see them as a way to gain freedom. Furthermore, the people are able to find ways around the bans and are still able to use banned applications such as Twitter and Facebook.

It is evident that the regime is clutching at straws and we will see that it is impossible for it to outwit the powerful population.

Previous article
After 13 Days of Silence, Khamenei Acknowledged Continuation of Uprising, and PMOI as the Organizer of It
Next article
Iran: Independent Labor Unions Condemn Protesters Crackdown