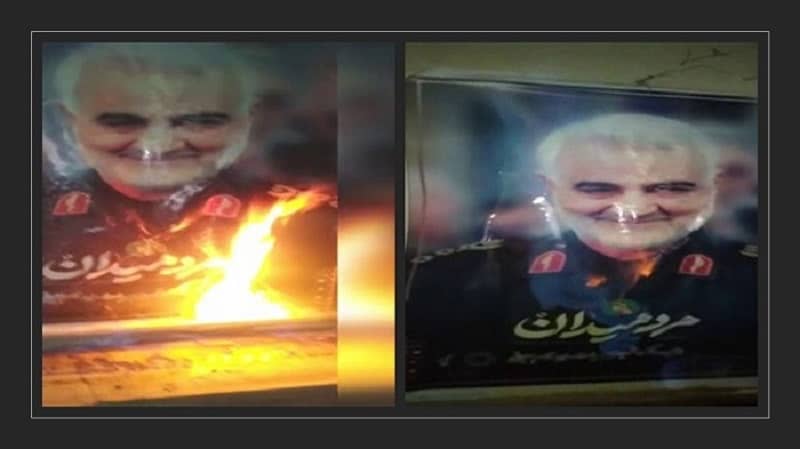 On Tuesday morning, January 12, 2021, following the demolition of the home of an impoverished man in Pakdasht, defiant youths set fire to Khamenei’s large banner in one of Tehran’s districts. He had refused to pay bribes to the regime’s municipal officials, who ruined his house at night and in the cold of winter.

The people of the region welcomed the actions of the defiant youth.

Secretariat of the National Council of Resistance of Iran (NCRI)
January 13, 2021

Nationwide Uprising Continues for the 13th Day, Spreads to 163 Cities.