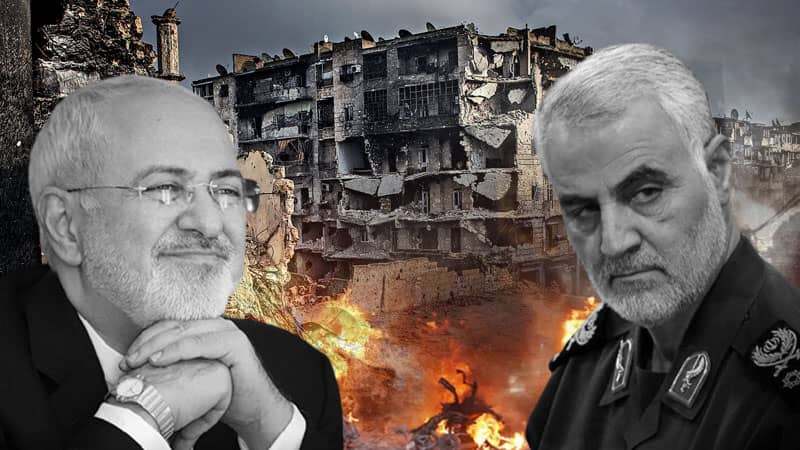 Anyone who has so much as watched a crime procedural on television should be aware of the “good cop, bad cop” strategy of witness interrogation. Most will also realize that this strategy has other applications that exist outside of interrogation rooms and outside of law enforcement as a whole. In the right circumstances, it can be used in an effort to secure more favorable terms from negotiating partners, or to simply exert psychological pressure leading to new concessions or capitulation from another party.

The Iranian regime uses the “good cop, bad cop” strategy in all these ways. It has been doing so for many years, and it has grown quite practiced at it. Somehow, though, the objects of that strategy still appear to struggle with recognizing it. And this is very unfortunate because once someone recognizes the psychological tricks that are being used against them, it can actually be quite easy to overcome them.

The manipulation at work in the “good cop, bad cop” routine is, at its most basic level, an alternating pattern of threats and friendly gestures. While the bad cop emphasizes the terrible consequences you might face if you don’t comply with your interrogators’ demands, the good cop promises you that those consequences are avoidable and that they will help you to arrive at a much better outcome if you just agree to comply.

The important thing to remember about this strategy, especially when it is being used by bad actors, is that the people working each side of the routine are not actually pursuing different objectives. The good cop is no more your friend than the bad cop, and the bad cop is no more motivated by malice than the good cop. They are working together at every step of the way to force the outcome they want, be it a criminal confession, a lopsided contract or treaty, or an act of appeasement.

Of course, the success of the strategy depends upon the target failing to recognize that the good cop and bad cop are one and the same, at least until after it’s too late. This is where the Iranian regime excels. Its dedication to the “good cop, bad cop” routine has influenced Western foreign policy for the better part of four decades, in that it has convinced various American and European policymakers that the good cop – Iran’s “moderate” government officials – are genuinely at odds with the bad cop – hardline entities like the Islamic Revolutionary Guard Corps (IRGC).

The false distinction between these two factions has resulted in a strong tendency toward appeasement of Iran’s theocratic dictatorship, as the international community has sought to curry favor from the moderates while counting on them to put the brakes on malign activity being promoted by the hardliners.

We have seen this, for instance, in conciliatory nuclear agreements like the 2015 Joint Comprehensive Plan of Action, which provided the entire regime with relief from effective economic sanctions in order to forestall the threat of nuclear weapons development. Iran didn’t have to offer much in order to secure that outcome. The good cop just had to promise that he would hold back the bad cop from unleashing the most extreme punishment imaginable.

As far as strategic threats go, it’s difficult to beat the coercive power of potential nuclear annihilation. But lesser threats have proven similarly effective in Iran’s bid to secure concessions from its foreign adversaries. The regime’s long history of hostage-taking is a prime example of another way in which the routine has been used. And the alternating promises and threats of good cops and bad cops acquired newfound relevance last week when a South Korean tanker became the latest foreign entity to be captured and used for leverage by Iranian authorities. 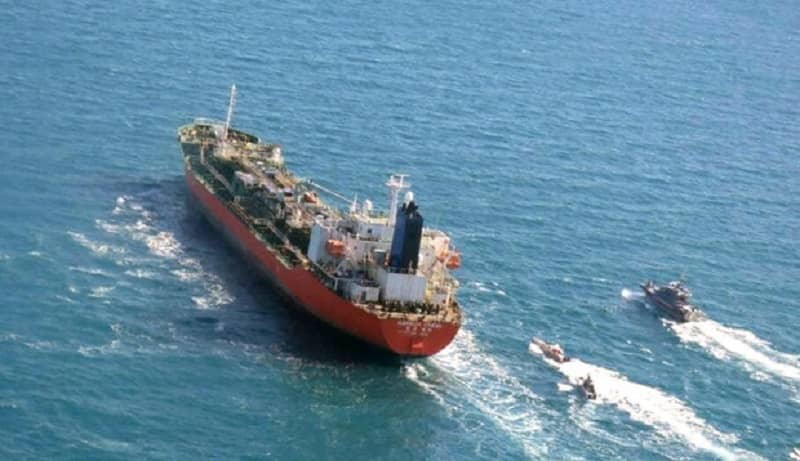 The tanker was seized in the Strait of Hormuz by the naval forces of the Islamic Revolutionary Guard Corps on January 4. Tehran quickly announced that the incident stemmed from unlawful pollution of the waterway, but the ship’s owner rejected the unsubstantiated allegation and some Iranian state media later acknowledged that the tanker was actually being held to put pressure on South Korean negotiators ahead of a planned visit to discuss seven billion dollars in Iranian petroleum revolution that remained frozen in accordance with US sanctions.

When the South Korean delegation arrived days later, Iran’s traditional “good cops” set to work trying to convince their interlocutors that they had nothing to do with the seizure and were powerless to intervene. Figures like Foreign Minister Javad Zarif boasted about the supposed independence of the Iranian judiciary and insisted to the South Koreans and the entire international community that the tanker situation was a matter for the courts.

Of course, neither Zarif nor any other “moderate” official suggested that the prospective court case would be similarly independent of the Revolutionary Guards, which initiated the seizure in the first place. There is no doubt that that hardline paramilitary could withdraw whatever complaint it has lodged against the South Korean tanker. By washing their own hands of the situation, the “moderates” essentially left their target alone in the room with the “bad cop” and said, “It’s him you have to make happy, not me.”

This is all by design. The Foreign Ministry wants to negotiate freely with its prospective international partners and to avoid any direct provocations that might alienate them and make them less cooperative. But it wants to do so without giving up a claim to the leverage that the IRGC has secured. So the message it conveys to South Korea is that the Foreign Ministry is only trying to resolve disputes amicably as any “good cop” would. And if those resolutions happen to appease the IRGC and lead to the tanker’s release, it will be presented as a sign of successful negotiation, not as the outcome of an ultimatum.

That euphemistic narrative must be rejected by the international community, regardless of whether South Korea ultimately agrees to release the seven billion dollars. If Iran wins that concession, it must be highlighted in all Western media as the latest success in Iran’s ongoing effort to psychologically manipulate foreign powers by pretending at moderation while simultaneously pursuing hardline goals.

Toward that end, Western policymakers and the media could strike a significant blow against the Iranian “good cop, bad cop” routine by showing the evidence of collaboration between the two sides of that routine. They need look no further than comments that Zarif, the “moderate” and Western-educated Foreign Minister, made in 2019 after being invited to visit the headquarters of the IRGC.

Zarif described that visit as an “honor” and expressed unequivocal support of the hardline faction. But more than that, he boasted of weekly meetings with Qassem Soleimani, the head of the IRGC’s special foreign operations wing, the Quds Force, who would go on to be killed in a US drone strike in January 2020. According to Zarif, he and Soleimani “never felt they had any differences” as they conspired together to pursue the same foreign policy objectives via two distinct means.

The role of the Quds Force and that of the Foreign Ministry are emblematic of the alternating threats and promises that define the “good cop, bad cop” strategy. And when it is clear that those two roles are coming from the same place, it should be equally clear that the “good cop,” Zarif, is not trying to help anyone but himself and his handlers.

Previous articleIran Regime’s Rejection of Foreign Vaccines Proves Earlier Appeals Were Deceptive
Next articleIran: Burning Khamenei’s Picture in Response To the Demolition of the Home of an Impoverished Family in Pakdasht