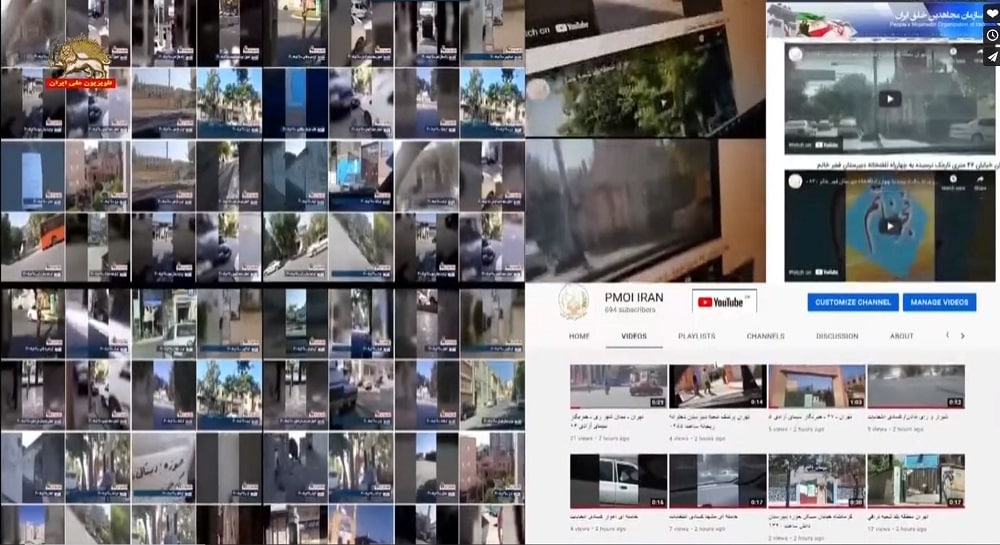 Announcement made based on reports of 1,200 reporters of Simay-e-Azadi TV from 400 cities

At the end of the clerical regime’s election masquerade, the Mojahedin-e Khalq (MEK/PMOI) announced that less than 10 percent of the eligible voters cast their vote in the sham presidential election. The assessment was based on the reports of more than 1,200 journalists and reporters of Simay-e-Azadi TV (The Iranian Resistance Satellite TV channel, AKA, IranNTV) from 400 cities in Iran and more than 3,500 video clips from deserted polling stations.

Using the same blatant lies when announcing the figures of the Coronavirus death toll and the martyrs of the November 2019 uprising, the clerical regime is multiplying the vote tally by a factor of five in a futile attempt to lend legitimacy to a mass murderer as the regime’s president. Engaging in the astronomical fabrication of the tally in the so-called “Otaghe Tajmi’e Ara” (where the votes will be aggregated) has been a routine in the regimes’ elections in the past, especially in 2009.

Mrs. Maryam Rajavi, the President-elect of the National Council of Resistance of Iran (NCRI), described the nationwide boycott of the clerical regime’s sham election as the greatest political and social blow to the mullahs’ Supreme Leader Ali Khamenei and the ruling theocracy and worthy of a historic congratulation to the people of Iran. She added that the boycott proved and showed the world that the Iranian people’s only vote is to overthrow this medieval regime. The religious dictatorship is in a downward spiral and must be swept aside, she said.

Mrs. Rajavi underscored that the religious dictatorship will emerge out of this sham election more disgraced, vulnerable, and fragile, and the Iranian people’s uprising and the Army of Freedom will certainly overthrow it. Freedom and a democratic republic are the Iranian people’s inalienable rights.

Previous article
Iran News in Brief – June 19, 2021
Next article
Iran Election 2021: Briefing on the Turnout in the Iran Regime Sham Presidential Election – No 4