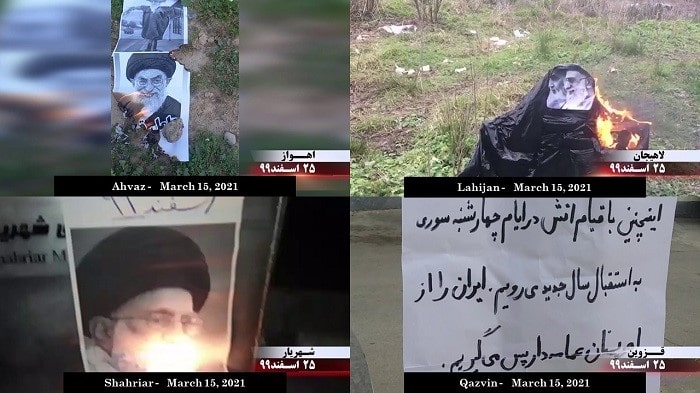 Following the call by the Social Headquarters of Mujahedin-e Khalq (MEK / PMOI) inside Iran to turn Chaharshanbe Suri (Fire Festival, held on the eve of the last Wednesday of the Iranian Calendar) into a flame of freedom against the religious dictatorship, the youth and supporters of the MEK in Tehran, and other cities of Iran torched Khamenei placards and effigies. They also distributed MEK’s statement addressing the Iranian youth and people in different cities with the message of protest against the dictatorship.

These activities took place while the repressive forces, including the IRGC, State Security Force, and special patrols have been put on extraordinary security alert. In addition to the capital, Tehran, these activities were carried out in many cities in Iran, including Isfahan, Karaj, Shiraz, Saravan, Rudsar, Aligudarz, Ahvaz, Khorramabad, Lahijan, Mashhad, Hamedan, Shahrekord, Kashan, Tabriz, Shahriar, and Qazvin.

Honoring the martyrs of the recent uprisings and those executed by the regime, especially the rebellious youth in Sistan and Baluchestan, the statement by the Social Headquarters of the MEK inside Iran emphasized, “By leaving Iranians to the mercy of the Coronavirus that has taken massive lives (due to the regime’s policies), the regime’s Supreme Leader thinks he can use the staggering death toll as a barrier to prevent the inevitable people’s uprising … Burning pictures, banners and effigies of Khomeini, Khamenei and Rouhani will bring joy, happiness, and hope to the people of Iran … We welcome the new year in this way during the Fire Festival.”

Secretariat of the National Council of Resistance of Iran (NCRI)
March 16, 2021 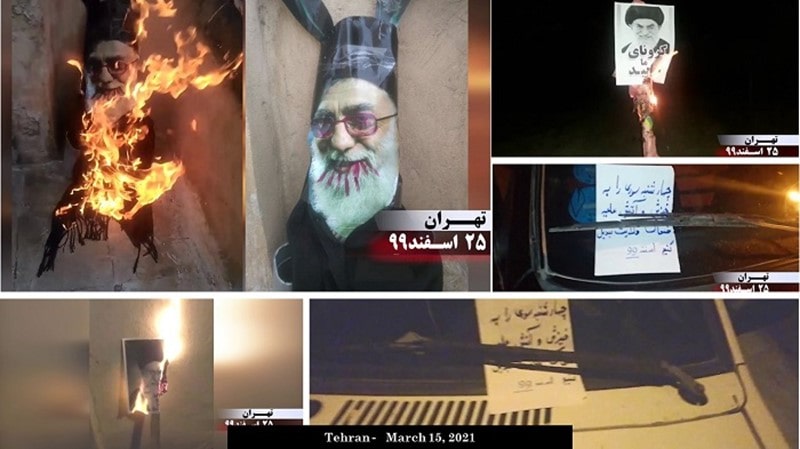 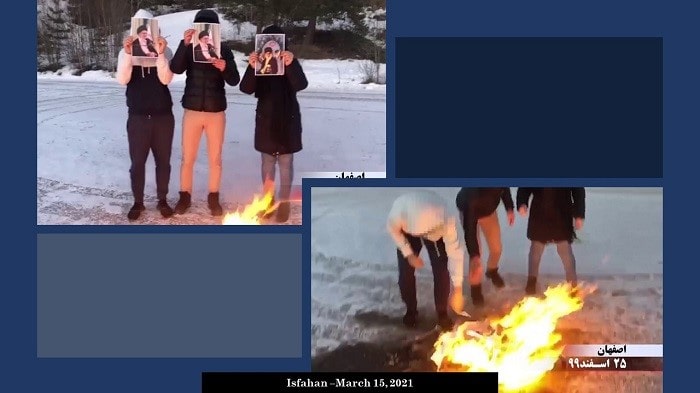 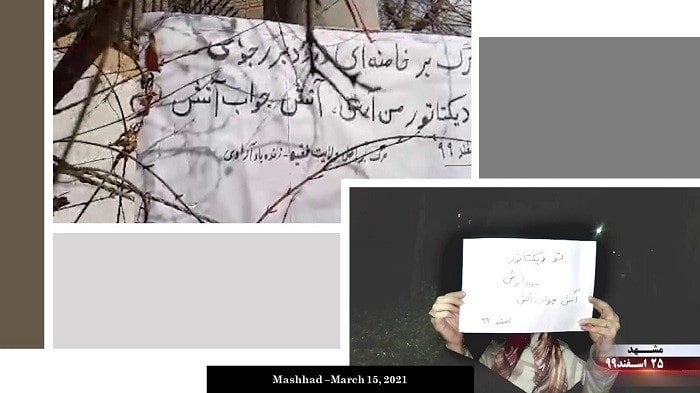 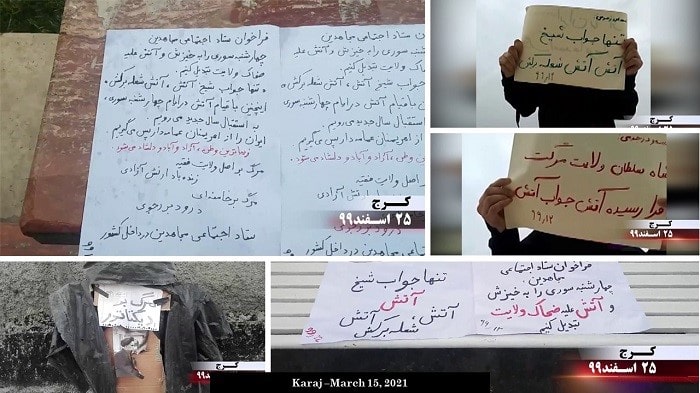 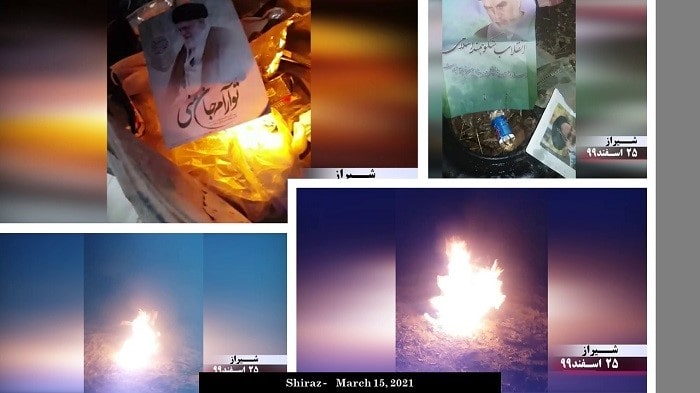 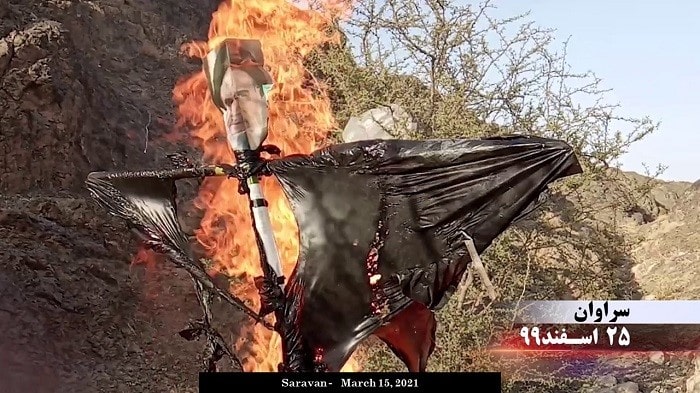 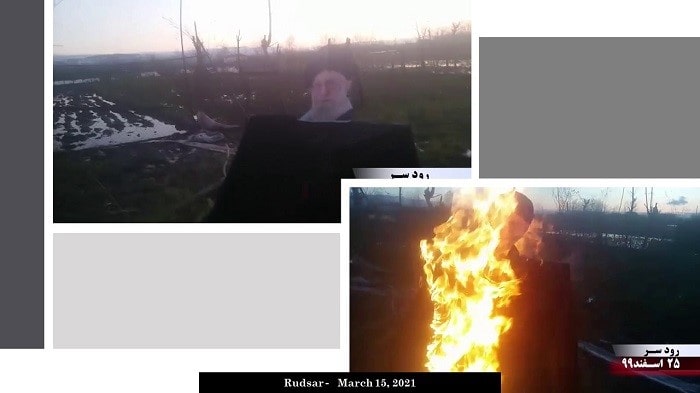 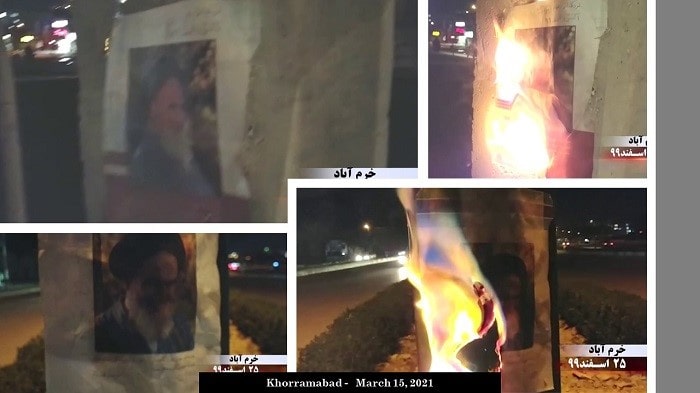 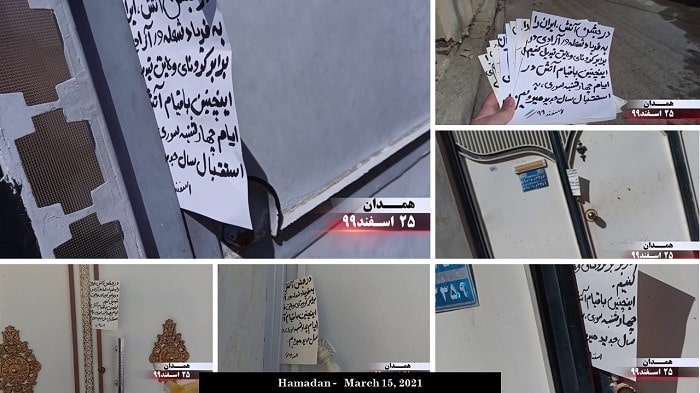 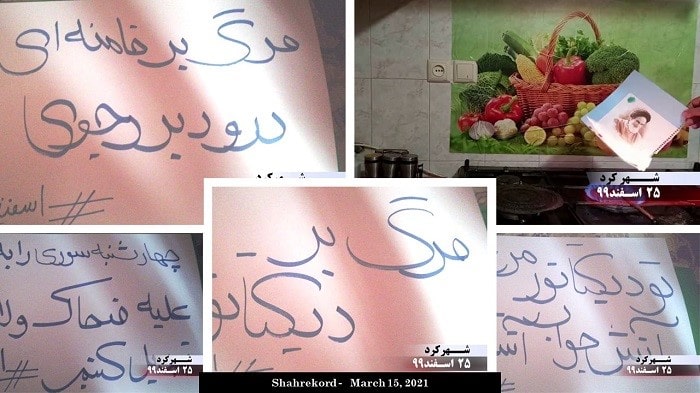 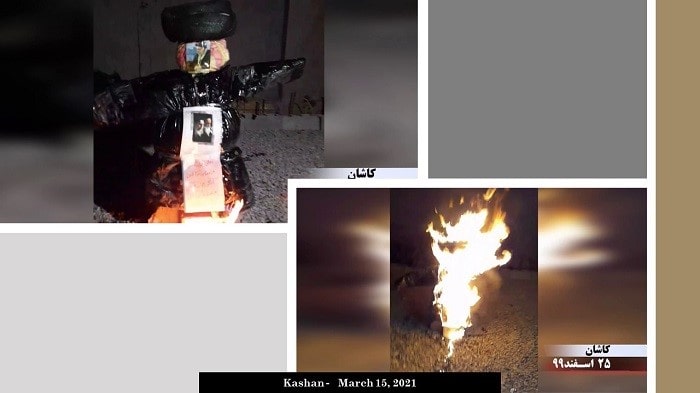 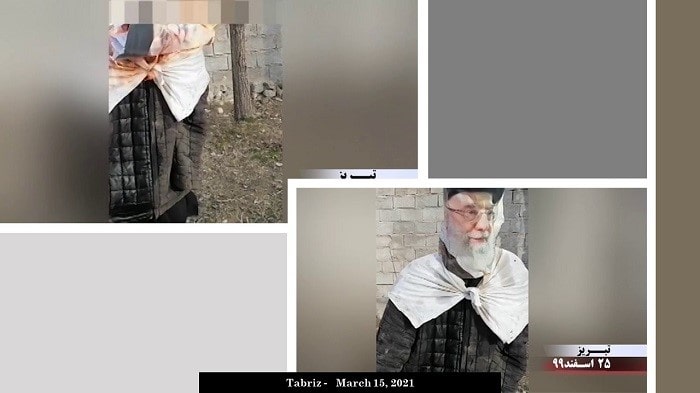