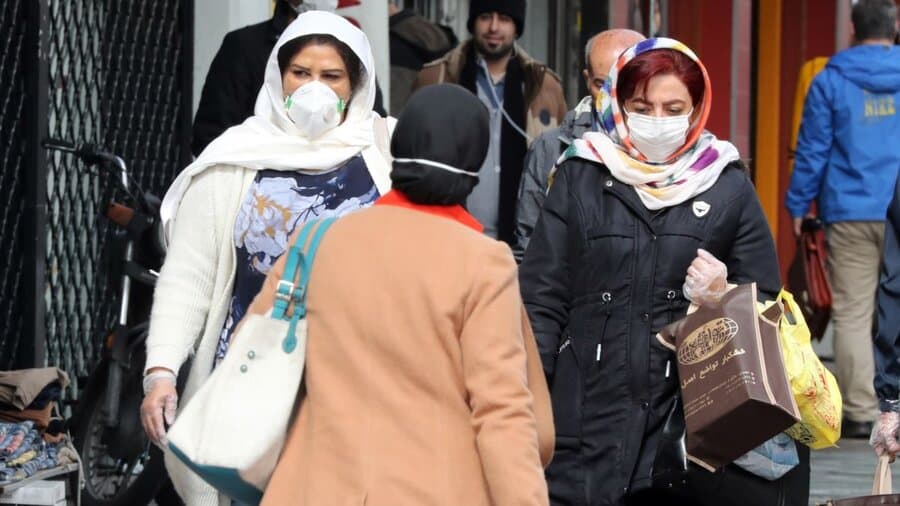 Next Sunday marks the first day of the Iranian calendar year, the celebration of which is called Nowruz, translates to “new day.” The holiday is supposed to evoke optimism, but whereas the year 2021 began with high hopes for vaccine distribution and an end to the coronavirus pandemic, the Persian year 1400 will bring much less initial promise for the people of Iran.

In February, the regime’s Supreme Leader Ali Khamenei banned the import of American and British-made vaccines to Iran, effectively cutting off a lifeline that was opening up for one of the world’s worst-affected countries. The order actually led to the cancellation of the shipment of 150,000 doses that unnamed American philanthropists had already arranged to donate. Khamenei’s order was among the clearest examples of his regime’s disregard for the plight of ordinary Iranians and underlined that Tehran permitted outbreaks to go unchecked in order to keep a lid on popular unrest.

The first publicly-acknowledged cases of Covid-19 in Iran emerged in the immediate aftermath of protests that many identified as the third in a series of nationwide uprisings. In January 2020, university students and other activists took to the streets across multiple provinces in order to condemn the downing of a commercial airliner over Tehran and the attempted cover-up of the Islamic Revolutionary Guard Corps’ responsibility for it. The demonstrations showed remarkable defiance of that hardline paramilitary and of the regime itself, with participants burning images of the IRGC Quds Force leader Qassem Soleimani, who had recently been killed in a US airstrike and then lionized in death by government officials and state media.

Considering the scale of this killing and associated brutality, it is by no means outside the realm of possibility that the same authorities would attempt to bend a global health crisis toward their aims, killing through acts of omission and deliberate neglect, rather than killing directly. There is ample evidence to suggest that Khamenei’s ban on foreign-made vaccines was only one of many actions through which authorities knowingly made Iran’s coronavirus pandemic much worse.

That trend began with an early pattern of disinformation, which included outright denial of the virus’ existence in Iran at the early stages. The first public acknowledgment of a domestic outbreak came in February 2020, just days before the country’s parliamentary elections. But the MEK later obtained documents from the country’s National Emergency Organization which showed that suspected cases of coronavirus infection had been recorded more than a month earlier, only to be swept under the rug by the regime.

One of the reasons for this decision was that authorities wanted to prevent public fear of the disease from reducing participation in the election, which had traditionally been highlighted by the regime as a sign of its own legitimacy. Although regime’s President Hassan Rouhani boasted that the government “did not delay one day” in announcing the first Covid-19 deaths in spite of the election, the MEK’s revelations prove that this was not the case and that Tehran likely would have delayed its public statement even longer if not for the fact that local officials and other sources in hard-hit areas were beginning to issue their own warnings.

Once the reality of the outbreak had been acknowledged, authorities continued to actively encourage every Iranian, regardless of age or vulnerability, to go to the polls, which caused a great deal of damage. After the first undisclosed coronavirus infections but before the elections, the Iranian regime celebrated its 40th anniversary with parades and public demonstrations, with attendance being mandatory for many government employees and heavily incentivized for ordinary, impoverished citizens. In this way, Iran’s entry into the coronavirus pandemic began with super spreader events that eventually led to a death toll and infection rate far beyond anything the regime has acknowledged.

Based on a comprehensive research of hospital records, burial logs, and eyewitness testimony, the NCRI has determined that the death toll now exceeds 231,800 – nearly four times the number officially recorded by the Iranian Health Ministry. The day-to-day experience of that loss has naturally narrowed the scope of public unrest – a situation clearly embraced, if not manufactured, by the regime. But this, in turn, has left the Iranian people and the Resistance movement with even more reason to rise up and demand the removal of the system that brought this and many other miseries upon them.

While the pandemic continues to rage, the prospect of a “new day” may be delayed past the start of the calendar year. But with the legacy of recent uprisings still fresh, there is perhaps more grounds for long-term optimism among the Iranian people and their foreign supporters than there has been for most of the regime’s four decades of tyranny.