Iran: Isfahan Uprising in Support of the Protesting Farmers 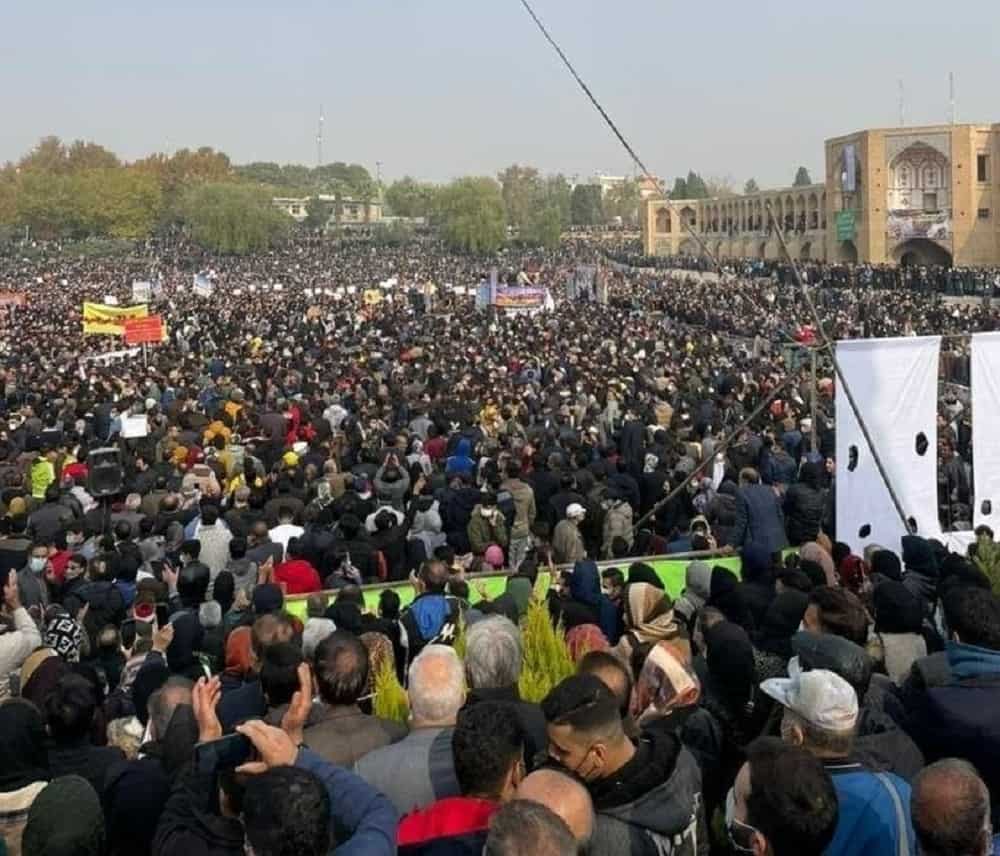 Protester’s chant: “Guns Tanks (are useless), Mullahs must get lost,” “Neither Gaza nor Lebanon, my life only for Iran,” “Our enemy is right here, they lie it’s America”

Maryam Rajavi urges youths and laborers to support the Isfahan uprising. With unity and solidarity, they can obtain their rights.

On Friday, the 12th day of a sit-in by impoverished farmers in Isfahan, tens of thousands of people demonstrated in support of the farmers’ protest against water shortages and the clerical regime’s plundering policies that have led to the drying up of the Zayandeh Rud River and to the destruction of agriculture and livestock.

The massive protest spanned a large area of the Zayandeh Rud Riverbed. Protesters are chanting: “Guns Tanks (are useless), Mullahs must get lost,” “Neither Gaza nor Lebanon, my life only for Iran,” “If the water does not flow, Isfahan will rise up,” “Our enemy is right here, they lie it’s America,” “Beware of the call by farmers to rebellion,” “Shame on the state radio and television,” “Death to the incompetent official,” “We support the farmers,” “Give Zayandeh Rud back, let Isfahan breath.” “The farmer dies, does not accept humiliation,” “Isfahan dies, does not accept humiliation,” “We will not return home until water flows back into the river,” “Where is my Zayandeh Rud River,” “Zayandeh Rud River is our inalienable right,” and “Isfahani shout, demand your rights”.

Fearing the spread of the uprising to other parts of Isfahan and Iran, the clerical regime intends to disrupt the spread of news and pictures of this massive gathering by disrupting and cutting off the Internet.

Mrs. Maryam Rajavi, the President-elect of the National Council of Resistance of Iran (NCRI), hailed the protesting people and farmers of Isfahan and said: The ruling corrupt and criminal clerical regime has only brought repression, killings, corruption, ruin, poverty, unemployment, and destruction of the country’s infrastructure.

She called on all workers, farmers and laborers, and the youth throughout Iran to rise up in support of the people and farmers of Isfahan and added: “They can obtain their rights through resistance and solidarity.” 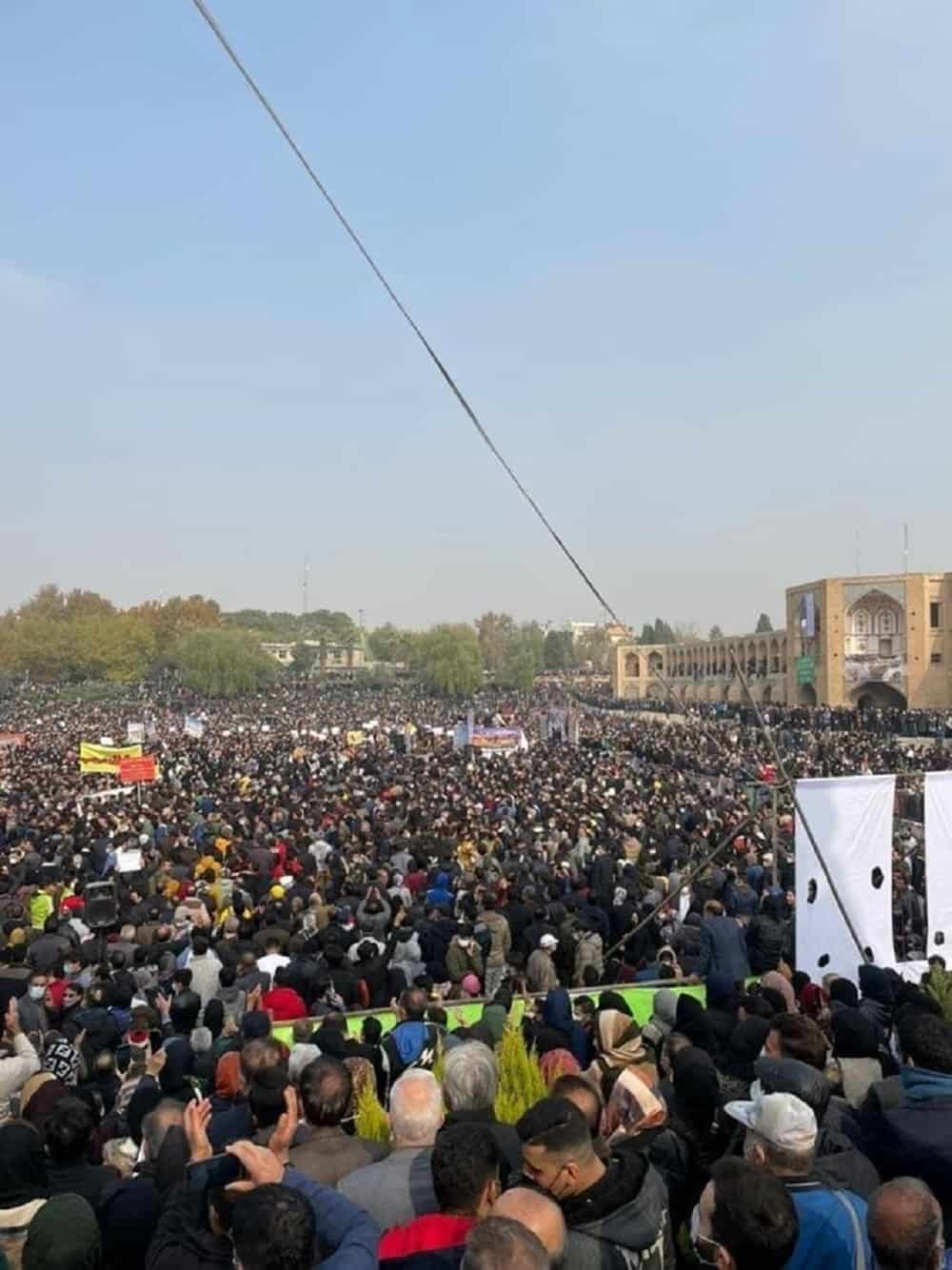 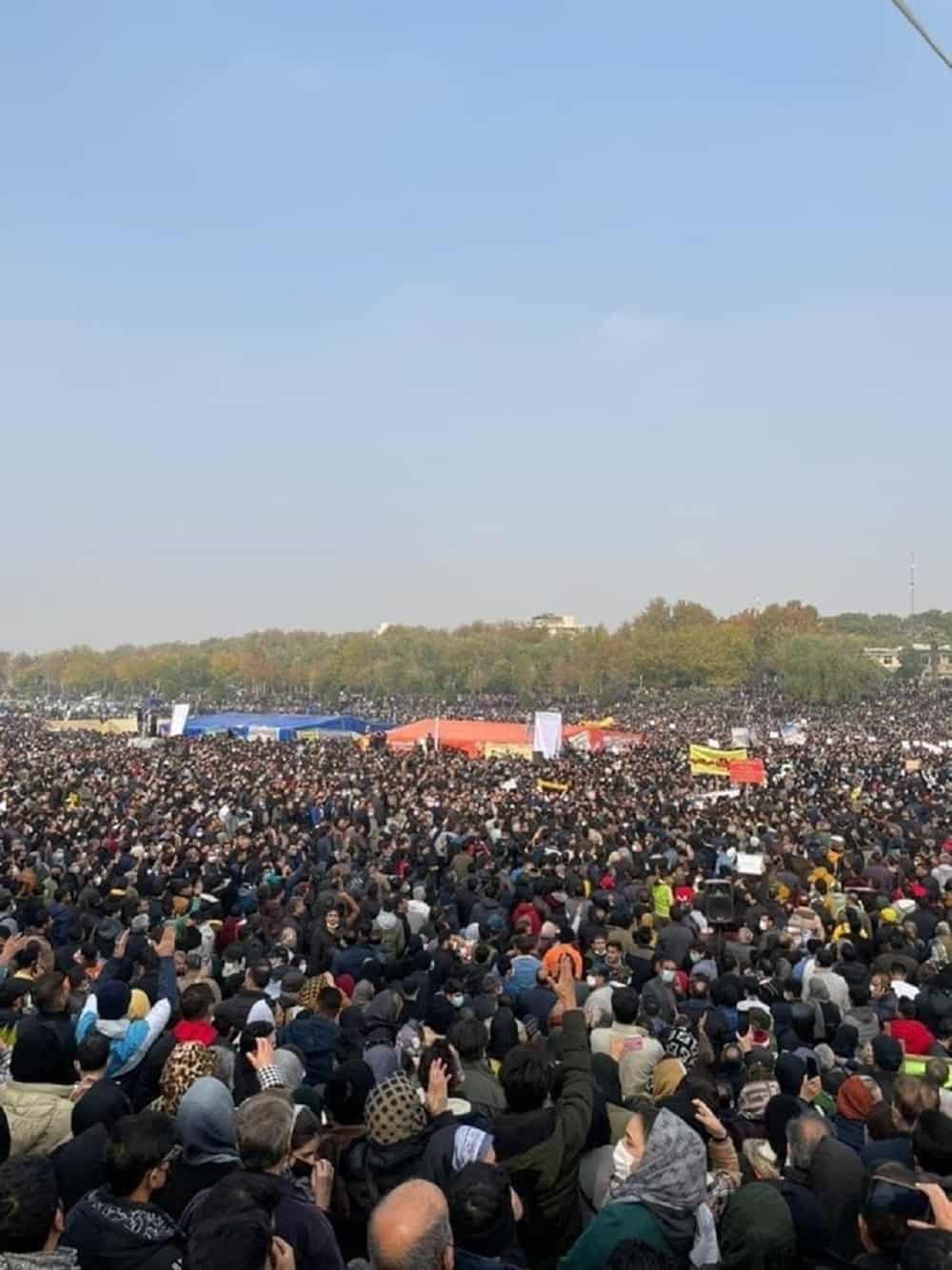