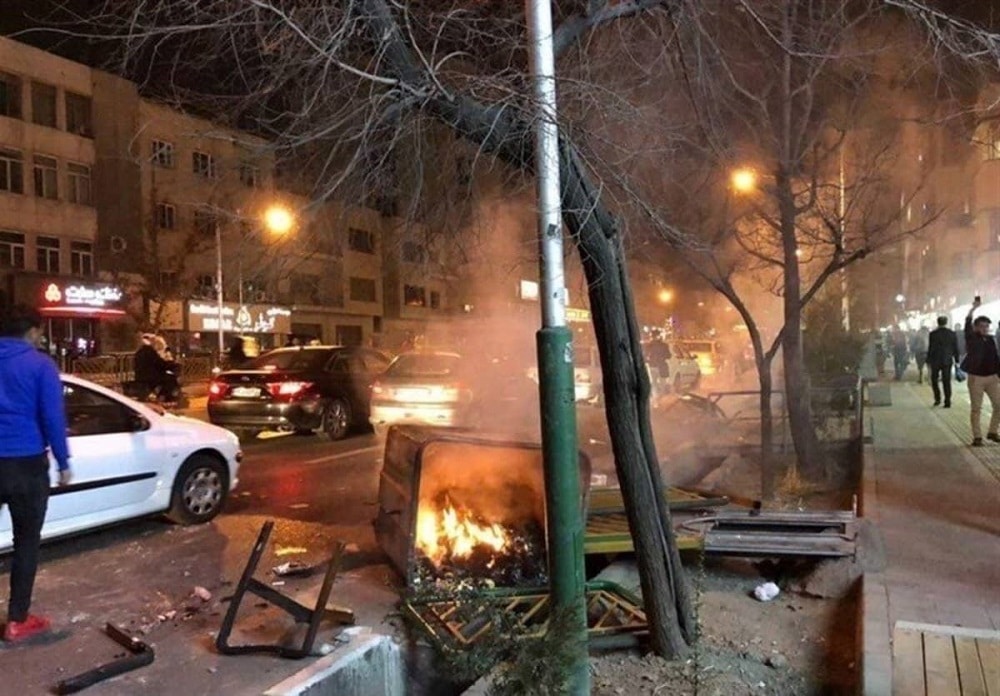 Protests continue from Kurdistan, and Kermanshah to Marvdasht, Bushehr, and Bandar Abbas. Dozens killed, and wounded in Javanrud, guards opened fire on people with heavy machine guns, another crime against humanity.

Mrs. Rajavi: Every fallen martyr makes the youths even more determined to bring down the regime. The uprising will carry on until victory

This morning, the 67th day of the nationwide uprising, the clerical regime committed another crime against humanity. The people of Javanrud held the funeral ceremony of Erfan Kakai and Bahauddin Veisi, who were killed last night by direct gunshot. At the funeral, the protesters chanted, “Death to Khamenei,” and after the ceremony, they staged demonstrations. The Revolutionary Guards opened fire on the protesters using heavy machinegun, killing and wounding dozens. People fought back with sticks and hurled rocks. Hit-and-run clashes with the suppressive forces continued in the streets and alleys of Javanroud city. Hospitals faced a blood shortage, and people gathered outside the city’s main hospital.

This morning in Piranshahr, the body of the 16-year-old Karvan Qader Shukri, who was killed last night, was buried. A large crowd was chanting, “Don’t cry, mother; we will avenge him.” Following the ceremony, the people staged demonstrations in the streets. The suppressive forces opened fire on the demonstrators, which led to hit-and-run clashes. Several people were killed or injured.

Last night in Mahabad, suppressive forces attacked people’s homes and arrested many people. They broke the doors and windows of houses and car windows in many places. The state-run daily Etemad quoted Jalal Mahmoodzadeh, a representative of the regime’s parliament from Mahabad, saying, “So far, 11 people have been killed in Mahabad… Since Saturday, security forces have been stationed in different parts of the city, and some of them shoot at the windows of people’s homes, shops, and buildings…”

A large crowd participated in the funeral ceremony of Arman Ebadi, who was shot and killed on November 17, chanting, “We pledge to the blood of Arman; we will stand until the end.” The people of Bushehr protested outside of the governor’s office, chanting “Death to the dictator” and “Dignified Bushehris, support, support.” The suppressive forces attacked the people by firing tear gas.

In Kermanshah, the 40th day of the martyrdom ceremony of Sina Naderi and Armin Sayadi was held with a significant presence of people chanting “Death to Khamenei” and “Martyr never dies,” and people marched in the city after the ceremony.

On Sunday night, the youths in Piranshahr set fire to the house of a regime agent who had caused the deaths of the youths. In Tehran, a Basij base in the 4th Phase of Andisheh was attacked by Molotov cocktails.

Mrs. Maryam Rajavi, the President-elect of the National Council of Resistance of Iran (NCRI), hailed the protesters and said the people of Javanrud, Mahabad, Piranshahr, Kermanshah, Bushehr, Marvdasht turned their martyrs’ funerals into new anti-regime protests. They proved that “armors, helicopters, and heavy machine guns are no longer effective!” The uprising will carry on until victory.

Javanrud is drenched in blood. Shame on Khamenei &his IRGC, who opened heavy machinegun fire on defenseless mourners. Dozens were killed or wounded With every person whose blood is spilled, the Iranian youth become even more determined to bring down the mullahs’ criminal regime. pic.twitter.com/BvMSEPXiI4

November 21 – Sanandaj, western #Iran
Kurdistan University-Medical Sciences Faculty students are boycotting their classes and continuing the nationwide protests against the regime on the 67th day of the uprising.#IranRevolution2022#سنندجpic.twitter.com/00uGlTXlcg