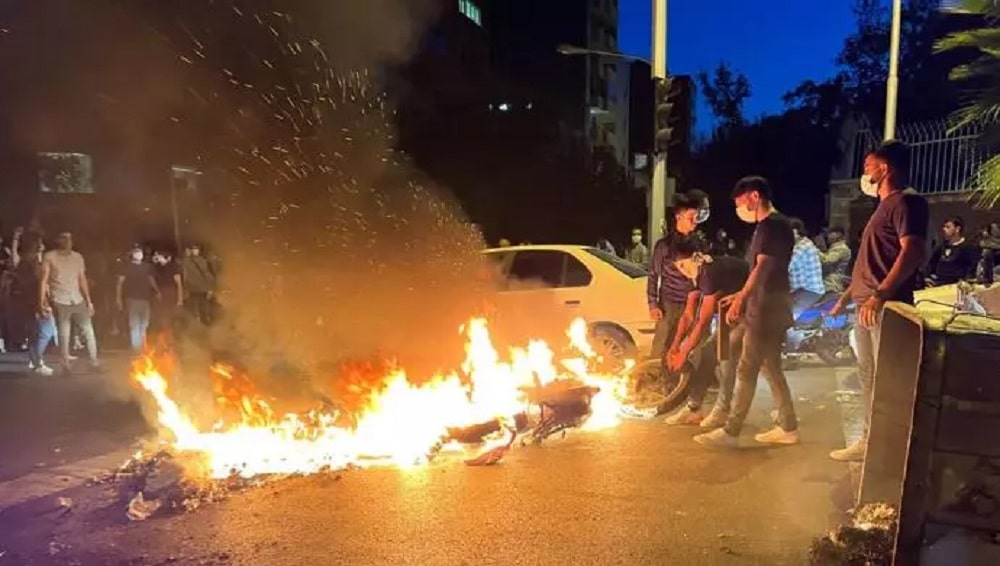 Despite the clerical regime’s brutal repression, the Iranian people’s nationwide uprising continued its ninth day in at least 139 cities in 31 provinces. Last night, the demonstrators in most cities confronted the regimes’ repressive forces.

According to the People’s Mojahedin Organization of Iran (PMOI/MEK), more than 140 protesters have been killed, and over 5,000 protesters arrested.

Friday night, on the eighth day of the uprising and hours after the regime’s failed counterdemonstrations, people in cities across Iran took to the streets and confronted the repressive forces. Reports from yesterday’s demonstrations and clashes indicate that despite the large presence of the repressive forces, the youths in 21 districts of Tehran took to the streets and resisted the attacks of the repressive forces by hurling rocks. Some districts include Sattar Khan Bridge, Nazi Abad, Parkway, Ferdous Blvd, Shemiran, Tajrish, and Sadeghieh. Demonstrators chanted, “Death to the dictator,” “This year is a year of sacrifice. Seyyed Ali (Khamenei) will be overthrown”, “We will fight, we will die, and we will take back Iran.”, and “We are fighting men and women. Fight and we fight back!” In Gorgan, protesters took to the streets chanting, “Mullahs must get lost.”