IRAN: Protests in Different Cities in Support of Khorramshahr Uprising 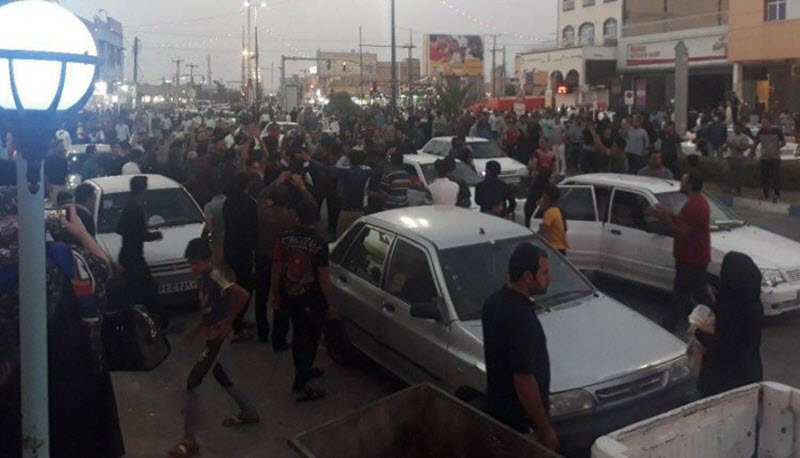 On Sunday, July 1, families of detainees gathered in front of the police headquarters and called for the release of their children and relatives.

During the night, people and youths in Ahvaz, Abadan, Mahshahr, Karoon and Khormoussa rallied in support of the Khorramshahr uprising. The youth of Ahvaz began their demonstrations on Naderi Street chanting the slogans: “Death to the dictator”; “My life for the sake of Karoon (river); “The people of Khorramshahr are thirsty”; “Yes, yes to the revolution”.

In Khormoussa, despite the intensive presence of the police agents, the people rallied with the slogan “My life for the sake of Khorramshahr”.

In Abadan, people’s demonstrations in the Selich district turned into clashes. The repressive police force have surrounded this part of Abadan. The anti-riot guards are tightly deployed on the city’s bridge and have closed the roads and do not allow people to commute.

The Revolutionary Guards and the riot guard attacked the gathering of the brave youth of Khorramshahr on Saturday night. Despite the intensive presence of all kinds of repressive forces, the brave youth confronted them by chanting the slogans “Death to Khamenei; “Death to “the Islamic Republic”; “Death to Rouhani”; “Cannon, tank, firecracker, the mullahs must get lost”; “Do not be scared; do not be scared; we are all together”; “Sludge water, salty water, because of stupid authorities”.

The mercenaries’ attack on furious young people led to street clashes. A number of people were injured and some were harmed due to direct shootings and firing tear gas. The protesters confronted the repressive forces with no weapons and burned some trash bins and tires in order to block the path of mercenaries, and threw back the tear gas thrown by the mercenaries. Shooting bullets could be heard across the city for many hours. The agents of the repressive forces ruined the new bridge of Khorramshahr, and destroyed the shops and the people’s belongings in order to pave the way for subsequent repressions. A vehicle of the special anti-riot unit was set to fire by the furious youth.

Intelligence agents and plainclothes agents of the regime arbitrarily arrested dozens of people on Saturday night and Sunday morning in an assault on people’s houses in various neighborhoods of the city.

Mrs. Maryam Rajavi, President-elect of the Iranian Resistance, saluted the people and the youth of Khorramshahr and other cities of Khuzestan province, and described the shooting against defenseless people of Khorramshahr and suppressing their just demonstrations as an example of crime against humanity and called for immediate action by the UN Security Council. She called on the Iranian people, especially the brave youth of Khuzestan province, to support the uprising of Khorramshahr.

Secretariat of the National Council of Resistance of Iran
July 1, 2018 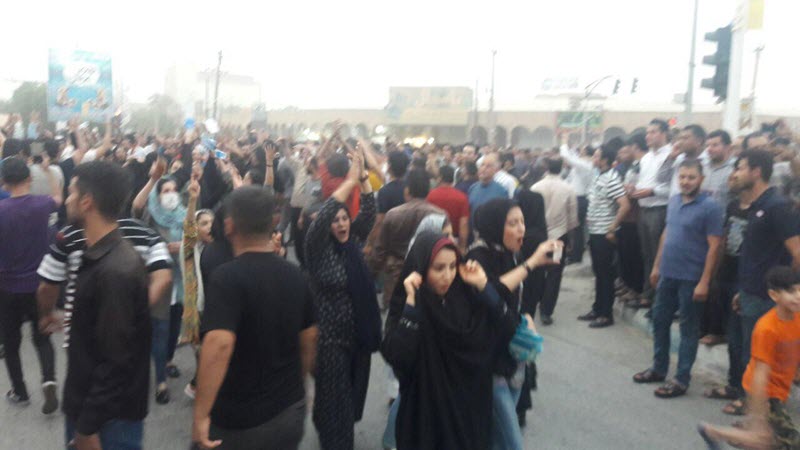