HomeStatementsIran: Targeting the Provincial Center of Plunder in Response To the Destruction...
StatementsStatements: Iran Protest 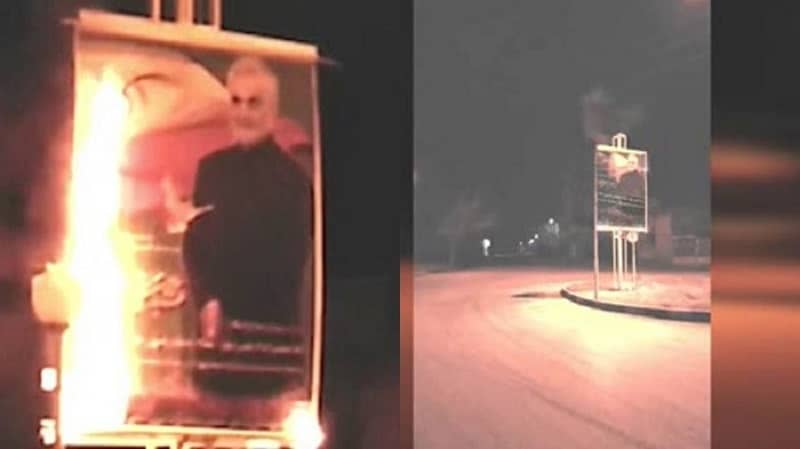 On Thursday morning, January 7, 2021, following the destruction of a shop owner’s store in Tehran’s 19th district by regime’s municipal officials and the repressive State Security Force, defiant youths targeted a center for repression and plunder in Alborz Province, so-called the “Khomeini Relief Committee,” and torched the billboard at its entrance. The shopkeeper had refused to pay ransom to the regime’s municipality.

These actions, which took place despite the state of maximum alert on the part of the regime’s repressive forces, were enthusiastically welcomed by local residents.

Secretariat of the National Council of Resistance of Iran (NCRI)
January 9, 2021