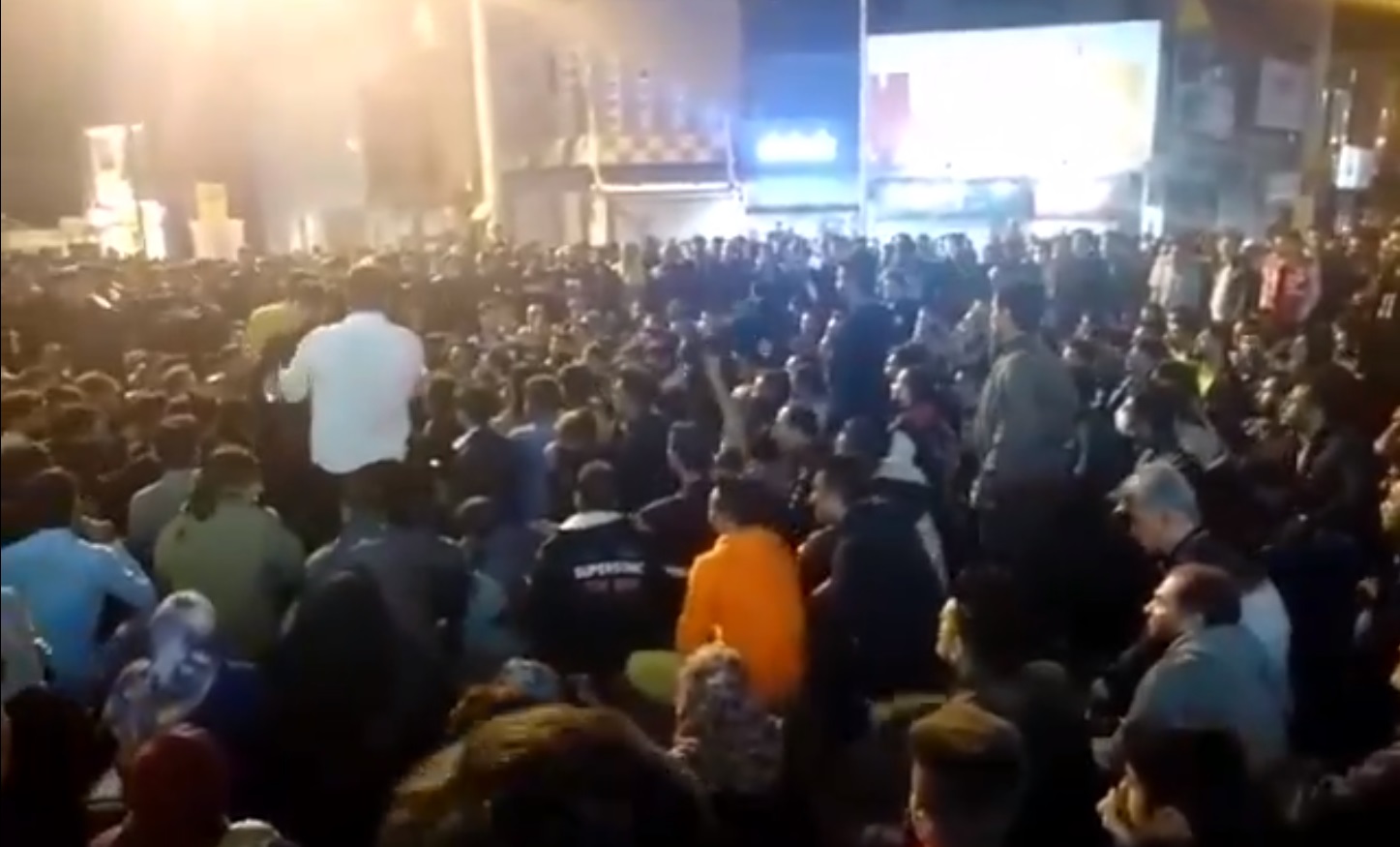 Sunday, November 17, saw the continuation of the
Andisheh district
Protesters are continuing their rallies and blocking roads.pic.twitter.com/cUfJypFWwu

In Tehran’s Andimeshk township, young people took advantage of the darkness to attack the suppressive forces, forcing them to flee and blocking the streets.

In Shiraz, petrol stations were torched. Students at the University put tires on fire to prevent the regime’s agents from entering the campus. Young people bravely resisted herd of Revolutionary Guards and plainclothes agents. The torched several banks and lit fires in the streets.

In Kermanshah, young people blocked all streets, making it impossible to move around in the city. The suppressive forces opened fire indiscriminately in an effort to disperse the crowd, killing a number of the protesters.

Intense clashes continued in Gorgan (north) and Kazeroun (south) between the people and the suppressive forces. Young people defended themselves by hurling rocks at the attacking forces. They blocked many locations by staging gatherings.