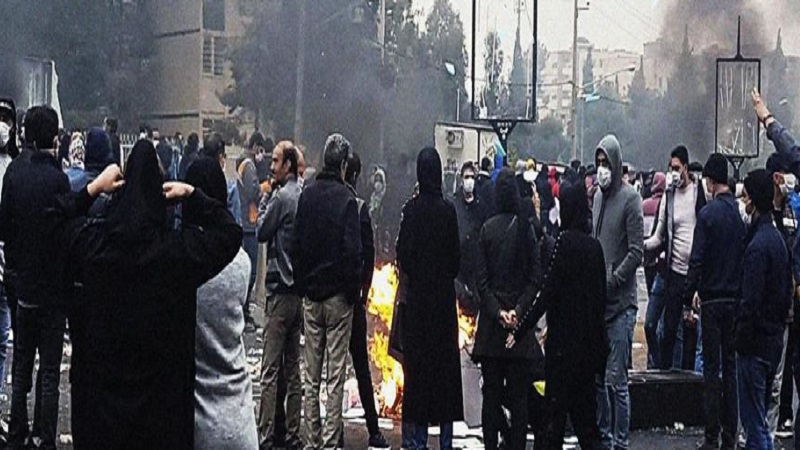 On the third day of the uprising, people take control of portions of Karaj’s Fardis County

On the third day of uprisings in Iran, the people of the city of Karaj (a suburb of Tehran) poured into the streets and protested against the regime with chants of “death to the dictator.” This is while on the day before, many people and youth in Karaj were killed by the regime’s suppressive forces.

Fardis, Alborz Province, northern
A branch of Bank Sepah, associated to the regime, has been torched by protesters.pic.twitter.com/a90q6NbU9c

On Sunday night local time, thousands protested in Fardis County of Karaj. The main town square in Fardis is now controlled by the protestors. The people have closed off all streets by erecting blockades, fortifications, and setting fires. In some areas, hordes of regime agents and members of the Islamic Revolutionary Guard Corps (IRGC) were seen to be fleeing after failing to confront protestors.

The regime’s agents are using Kalashnikovs to fire at demonstrators from rooftops. The protestors use stones, sticks, and whatever tools at their disposal to confront suppressive forces and to defend themselves. Many centers of suppression and theft by the regime have been set on fire in the city.