Retirees Take to the Streets in Iran, Protest for the Third Day 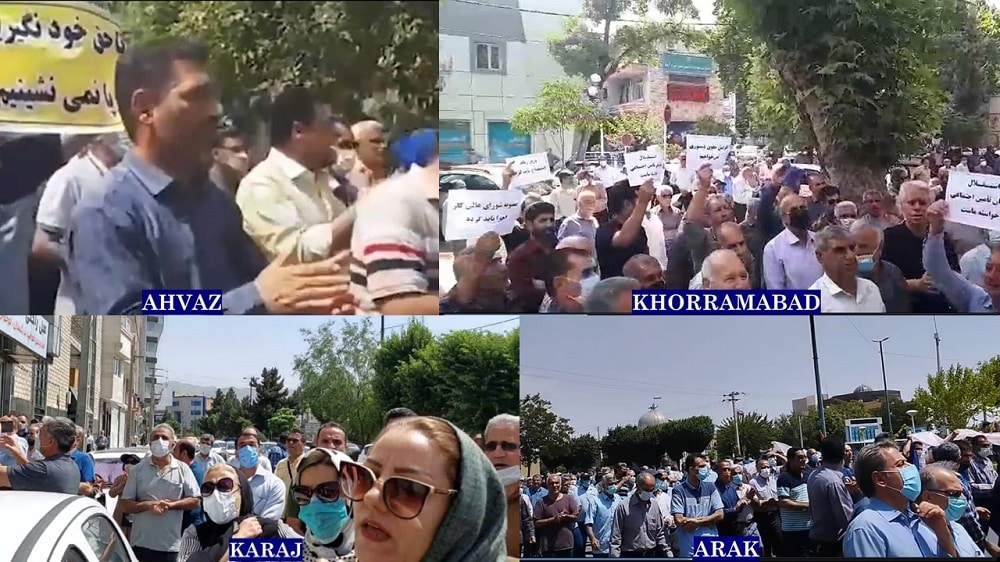 Demonstrations in at Least 10 Provinces, Chants of “Raisi, Raisi, Death to Your Deception”, “Death to Raisi” and “We Can Only Obtain Our Rights in the Streets”

Social security retirees gathered and marched on Wednesday, June 7, 2022, in protest of the looting of their salaries and the regime’s disregard for their legitimate demands. They have been demonstrating for the third day in a row, in Tehran and various cities including Yazd, Ahvaz, Zanjan, Arak, Karaj, Kermanshah, Kerman, Rasht, and Khorramabad.

In their slogans, the retirees called the 10% increase in their salaries a ploy by the Raisi government. They reiterated that as the expenses have increased several times, they have been deprived of minimum living standards.

Protesting outside the provincial and city governorates and social security departments, the retirees chanted slogans such as: “Death to Raisi”, ” Raisi, Raisi, Death to your deception “, “So much talking by the state, yet no action “, “You, sixth-grader (i.e. Raisi), what happened to your promises”, “We can only obtain our rights in the streets “, “We don’t want a six-grader government”, “Retirees die but do not accept humiliation”,” Our crooked government, our shame, our shame ” and “Save us of so much oppression”.

Simultaneously with the retirees’ demonstrations, citizens of Tehran, whose property had been stolen from safety deposit boxes at the Bank Melli university branch, gathered outside the bank and were supported by bystanders. The State Security Force (SSF) tried to disperse the protesters by firing shots in the air, but people confronted them chanting, “Disgrace, Disgrace!”

In Mahshahr, unemployed youths protested outside the Amirkabir Petrochemical Building. They chanted, “We ask for jobs, but they send us SSF special unit”. 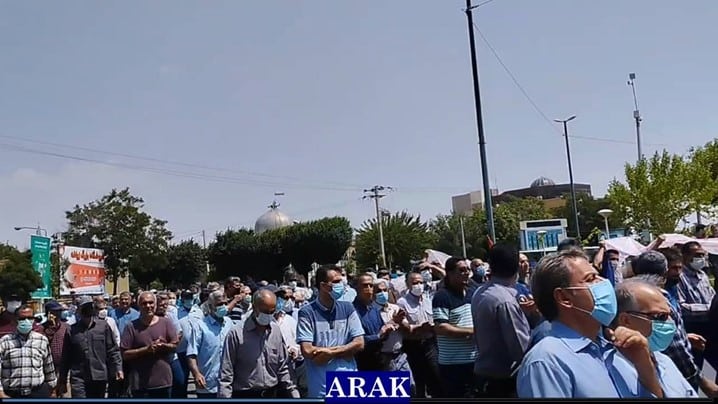 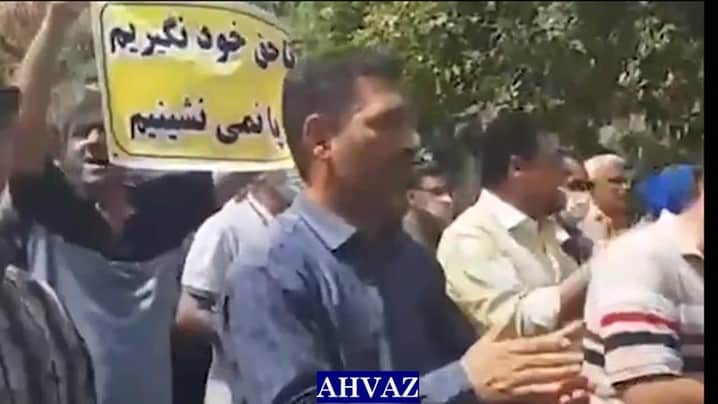 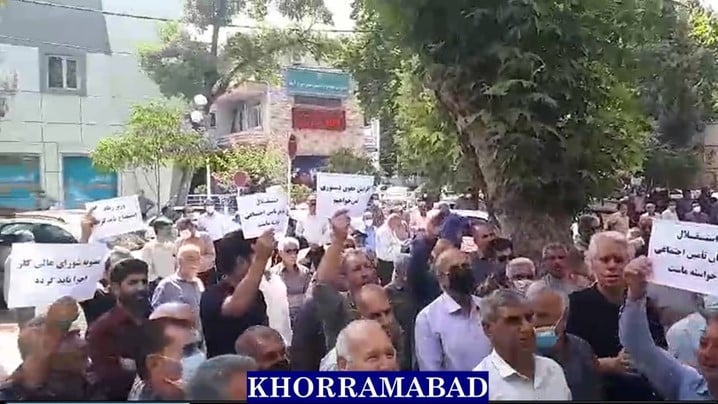 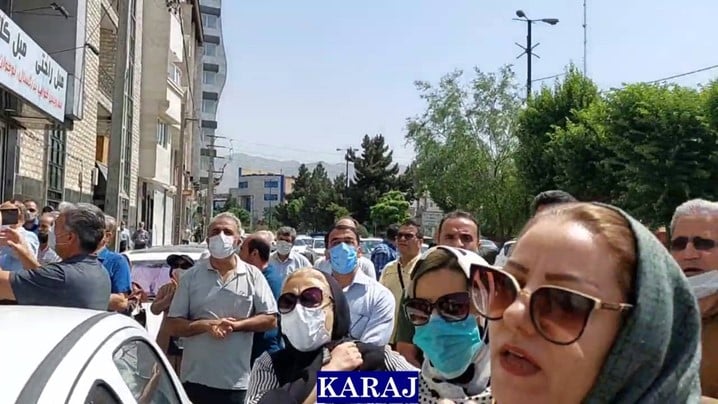 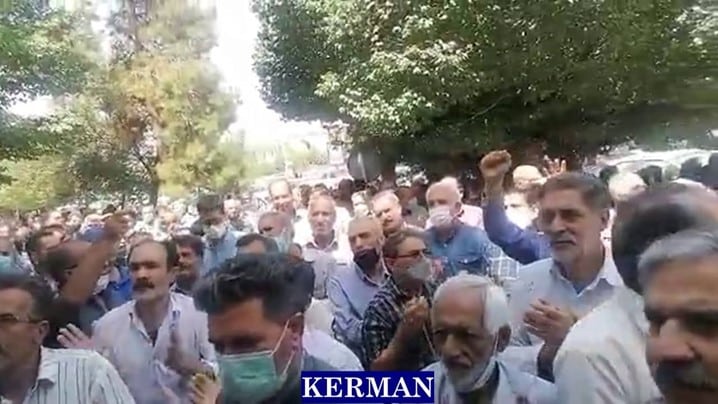 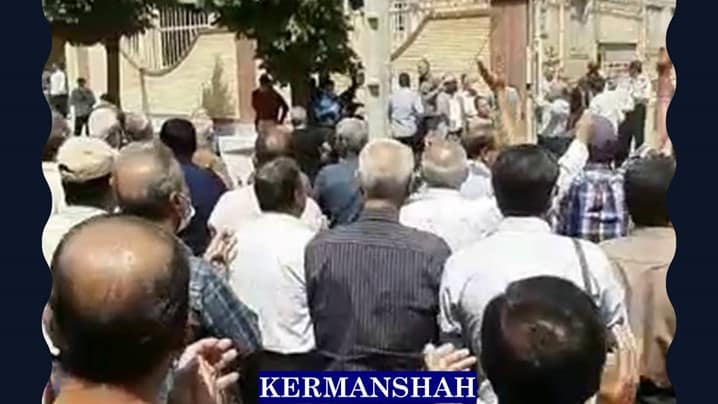 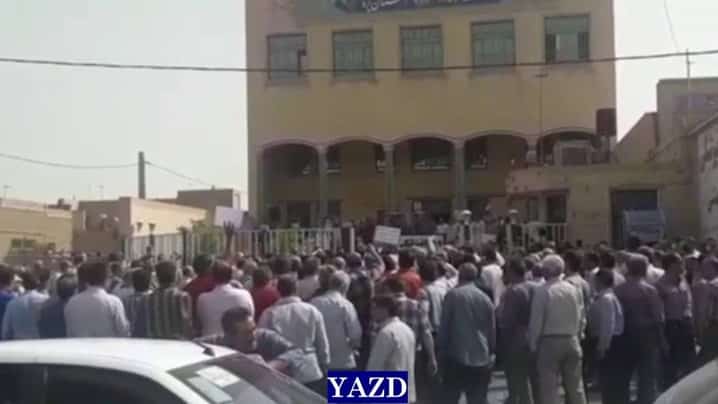 Previous articleMrs. Maryam Rajavi: For the Sake of International Peace and Security, Regional Stability, and Prevention of War
Next articleWary of the Organized Resistance, State Officials Are Troubled With their Messaging