Wary of the Organized Resistance, State Officials Are Troubled With their Messaging 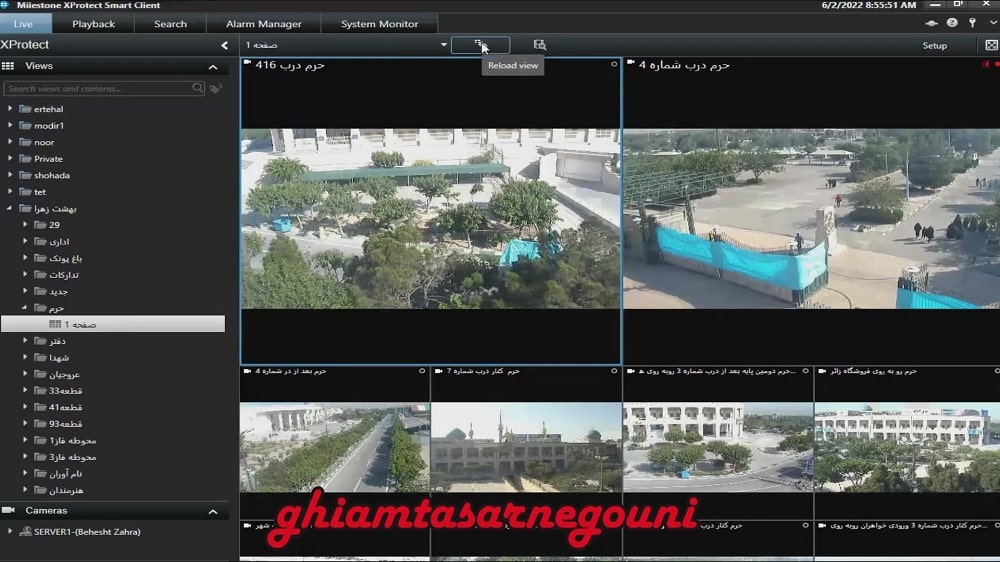 On June 3, the Iranian Resistance Units tackled down over 5000 security cameras of Tehran’s Municipality. Almost a week later, Alireza Zakani, Tehran’s mayor, still refuses to allow his employees to turn on their computers.

In a futile effort to save face, on June 9, the CEO of Tehran Traffic Control Company went even so far as to deny any theft of information from the city’s surveillance cameras, announcing that all the streets of Tehran will be covered live by CCTV.

The Resistance Units’ simultaneous operations happened on the eve of the regime’s founder, Ruhollah Khomeini, death anniversary and as Tehran had ratcheted up security measures and mobilized its forces. Thus, the ceremonies in Tehran and other cities were riddled with warnings, indicating the regime’s utter fear of its organized opposition.

“Apparently, Tehran Municipality’s IT experts achieved success recently. The most serious reason for these successes is that these cyber-attacks were supposed to affect the pivotal ceremony of Imam Khomeini’s death anniversary and in addition to causing vast and crippling disruptions in the city’s service systems. But the enemy did not reach its desired conclusion,” the state-run Fars News agency, on June 7.

But this scheme failed, as the Resistance Units published videos of Tehran’s Municipality IT Center, confirming they controlled the site’s CCTVs for 24 hours.

Acknowledging the power and popularity of the Iranian opposition, Mujahedin-e Khalq (MEK), is a costly maneuver for the regime. Thus, asides from the failed tactic of projecting the MEK as a fringe and powerless group, the only way mullahs found was the blame game.

It has been years since the regime’s supreme leader, Ali Khamenei, has called on regime officials to restrain social media, which Iranians widely use, and the MEK has a noticeable presence on it, keeping connection with its vast network inside Iran.

Thus, the regime’s parliament decided to restrict the internet using the so-called “Internet protection Bill.” But this bill has become a hot potato, as the MPs refuse to implement it since they fear a serious public backlash. In Iran, over a million users make a living using social media. This issue has caused a significant rift in Khamenei’s so-called “united and revolutionary” parliament, some fearing the consequences of adopting the internet protection bill, and some call it the only solution to safeguard the regime’s interests.

“This attack on Tehran’s Municipality is mainly due to its connection to the international network, allowing hackers to breach the system. When such a breach happens, it damages our infrastructure. We should adequately address this issue,” Jalil Rashidi Kouchi, one of the regime’s MPs, said on June 8, as quoted by the Entekhab website.

Despite these complaints, the regime has been squandering billions of dollars on its security apparatus. Resistance Units’ operation comes at the time, when according to Washington Free Beacon on June 6 “a Chinese surveillance company is providing Iran with advanced spy technology,” including highly secured CCTVs.

The Washington Free Beacon quotes IPVM, a security group that tracks the industry, as saying that Tiandy, a China-based manufacturer that specializes in surveillance technology, “is supplying Iran’s Revolutionary Guard Corps, police, and military while touting itself as an Iran-friendly alternative to other [People’s Republic of China] manufacturers who do not have direct operations in Iran.”

This cooperation is part of the Iran-China 25-year strategic agreement which is potentially worth $400 billion. In a nutshell, the regime has auctioned Iran’s national wealth to China in a bid to have its backing in ongoing talks with world powers over Tehran’s nuclear program and to enhance the regime’s security apparatus as it faces ongoing protests.

Nevertheless, even by improving its oppressive machine, Tehran is not going anywhere. Despite the regime’s hollow show of power,  Resistance Units’ operations and ongoing protests in Iran show a fragile ruling system with many cracks and security breaches.

Following the last week’s operation, many state officials warned that this could have happened because of “defection” in the regime’s ranks or that the opposition has penetrated and made use of “the human element” inside their systems.

But, one issue is clear: As much as Khamenei increases oppression and his regime’s security measures, he cannot save his regime from people’s anger and the danger of Iran’s organized opposition.

Previous articleRetirees Take to the Streets in Iran, Protest for the Third Day
Next articleIranians Protesters Confront MOIS Show Outside Hamid Noury Courthouse in Stockholm