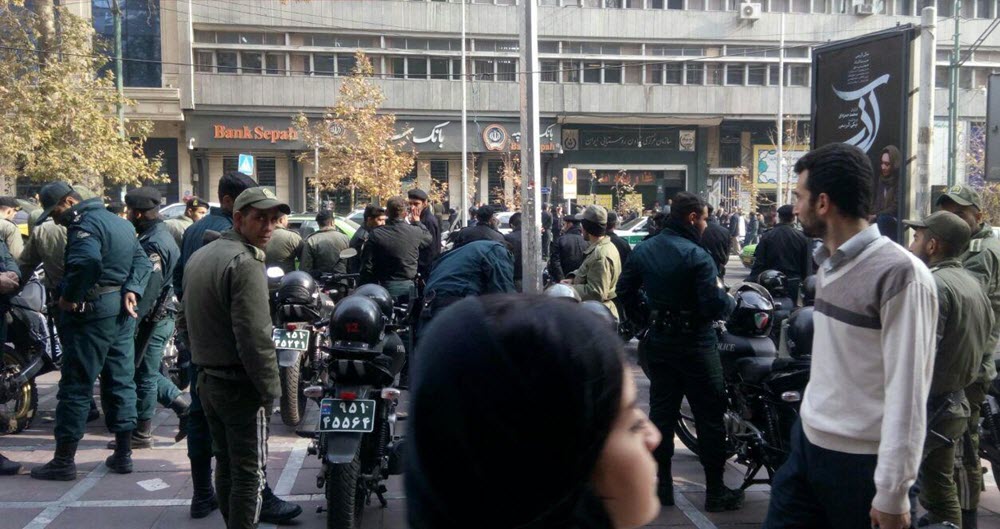 At the same time, dozens of the people arrested during recent days in Asadabad and Tuyserkan were transferred to the Hamedan central prison. The regime’s judiciary has accused them of “moharebeh (waging war against God)” and “corruption on earth”.

In yet another development on Sunday, January 21, repressive police forces attacked the protesters in Tehran and arrested one of them. They were protesting against looting their property by government bodies in Tehran by chanting “Nothing on table to eat, injustice is enough”. A police commander named Colonel Pashaki ran over a brave woman by car who was supporting the arrested person. Pashaki fled when faced the anger of protesters.

Massive and widespread arrests in Iran are happening at the same time that the prisoners are being killed under torture one after the other. The regime’s officials shamefully announce these criminal killing of prisoners as committing suicide, or due to injecting drugs, or lack of narcotics. Arbitrary arrests and mass murder of detainees under torture are undoubtedly a crime against humanity and requires international community involvement.

Hence, the Iranian Resistance calls on the UN Secretary-General, the UN Security Council, the UN member states and the UN High Commissioner for Human Rights and other relevant international bodies to take immediate action to release the arrestees of the uprising, and to make clear the fate of missing people.

Previous article
Deprived Villagers Clashed With Regime, Protest Rallies Continue in Various Cities
Next article
Thousands of People Took Part in the Funeral of a Protester Who Was Killed by the Revolutionary Guards