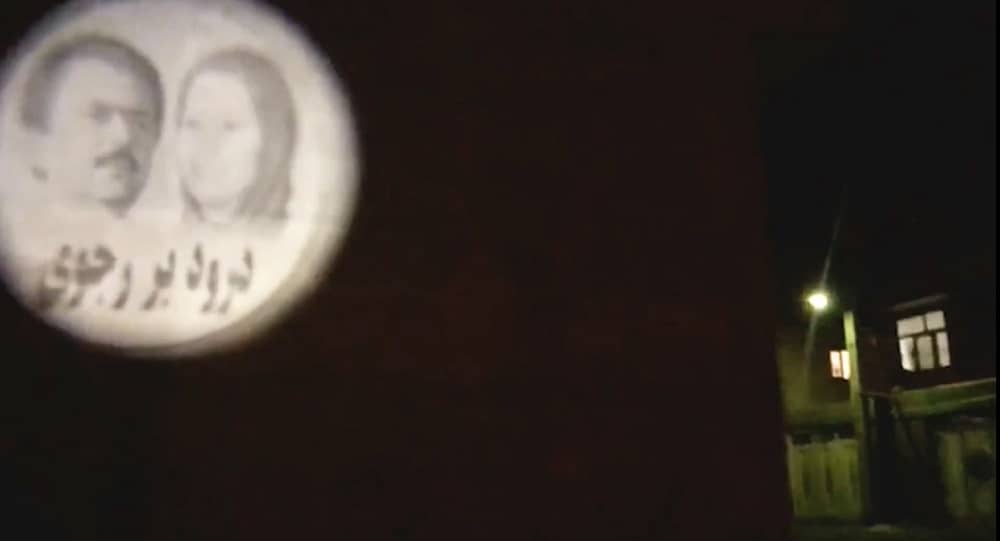 On Saturday evening, January 14, the Resistance Units projected a large image of the Iranian Resistance leadership, Mr. Masoud Rajavi and Mrs. Maryam Rajavi, on a freeway in Tabriz, northwest Iran.